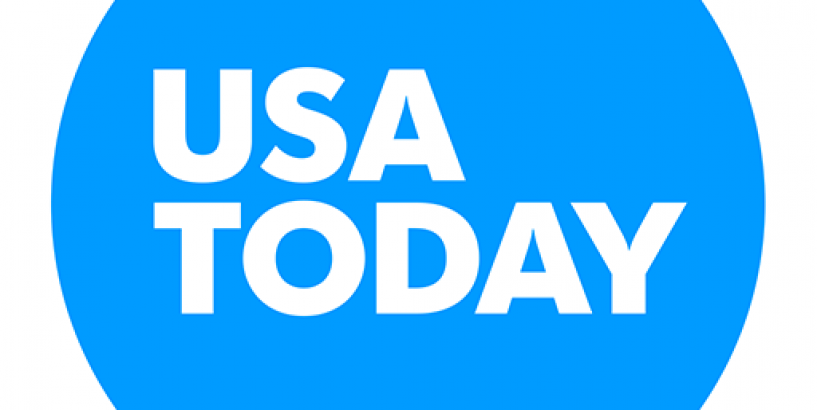 FULLERTON, Calif. (AP) — After Seton Hall raised the championship trophy that came with a thrilling 83-81 victory over Miami to win the Wooden Legacy, players celebrated by dousing coach Kevin Willard with water bottles in a postgame locker room celebration. After three victories in four days, Willard, who was toweling off while conducting interviews, could hardly be upset at Myles Powell, who was named the tournament's most outstanding player, or anyone else.

"This was my first championship," Powell said. "For all the winning, we never got to a championship. He loves it. He energizes us. He loves us. (The water) was all out of love. The three wins, we worked hard for them."

Michael Nzei scored a career-high 21 points and made all eight of his shots for Seton Hall (4-2).

Powell, who had 40 points in Seton Hall's tournament opening win over Grand Canyon, finished with 17 points.

The Hurricanes (5-1) suffered their first loss of the year. Zach Johnson and Chris Lykes each had 18 points in the loss.

With Seton Hall leading 82-80, Hurricanes center Ebuka Izundu went to the free-throw line in the bonus situation with 40 seconds left. He made the first but missed the second and Miami trailed 82-81. Seton Hall was trying to run the clock out and tuned the ball over with 16 seconds left. Miami's Anthony Lawrence missed a 3-pointer from the wing. Myles Cale was fouled after he got the rebound and made one of two free throws with one second left to preserve the win for Seton Hall.

Miami had 16 turnovers, which didn't help its cause.

"A lot of bad decisions during the body of the game, but with that being said, it was still just one made shot away from winning," Hurricanes coach Jim Larranaga said. "The shot we got at the end was a beauty. Zach did exactly what he needed to do, he got into the paint and kicked it out, Anthony Lawrence had a wide open 3 and he's a 40 percent 3-point shooter. We couldn't ask for anything better than that."

Miami and Seton Hall were tied at 45 at halftime. Miami shot 67 percent from the field in the first half, while Seton Hall shot 57 percent.

Deshon Taylor and his Fresno State teammates went to Disneyland on a day off Saturday, and the fun continued Sunday.

Taylor scored a game-high 20 points to lead Fresno State to a third-place finish in the Wooden Legacy.

The Bulldogs made 11 of 20 shots from 3-point range (55 percent), with Sam Bittner and Braxton Huggins making three 3-pointers each.

"A lot of guys haven't been there," said Taylor, who is from Riverside in Southern California. "I hadn't been there since I was a kid. It was a good experience to get out there and get away from basketball for a little bit. I only went on one ride, the Incredibles."

Fresno State won two of three games in Fullerton. Its only blemish was a heartbreaking loss to Miami in the semifinals on a last-second putback dunk.

The Bulldogs (3-2) return to Fresno having played well in three consecutive games.

"I felt like it was a great confidence booster for us," Taylor said. "I feel like this is a whole new team, basically, a lot of new guys a brand new system and coaching staff. Getting to a win, I feel the team confidence is really high now."

Fresno State went on a 12-0 run in the second half to extend its lead to 16 points at 59-43 to take control. Its pressure defense frustrated Hawaii most of the game.

Jack Purchase scored a team-high 14 points and Zigmars Raimo added 13 for Hawaii (2-3), which beat Utah and lost to Seton Hall.

Hawaii cut the lead to five points at 45-40 on a Raimo shot inside early in the second half but that's as close as Hawaii would get.

Northwestern's Vic Law scored 19 points and Dererk Pardon added 15 without missing a shot from the field in the fifth-place game.

Four players scored in double figures for Northwestern (5-1), which added a victory against a Pac-12 team to its resume. The Wildcats earned their first victory over a Pac-12 team since 2009.

"It's big early in the year," Northwestern coach Chris Collins said. "We've got an ACC Challenge coming up and we have some other key nonconference games and you want to try to build your resume. I always tell our guys, 'everyone wants to do something in March, but a lot of times you don't realize that the games you have in November can help you get to that point.'"

The Wildcats made 10 3-pointers, including the first career 3 by senior Pardon.

Pardon made 12 of his 14 shots in the Wooden Legacy. He didn't miss any of his four shots against La Salle on Friday and was 5-for-5 shooting against Utah. He was just 4 for 7 from the free-throw line Sunday, however.

Utah (3-3) lost its first-round game to Hawaii, then beat Grand Canyon Friday. The Utes had 21 turnovers against Northwestern.

Trey Drechsel had 10 points for Grand Canyon (4-3), which used a stifling defense to fluster La Salle.

"We wanted to concentrate on our defense because we haven't been good defensively, the way we want to play," Grand Canyon coach Dan Majerle said. "That's been a talking point the last day or so, what we did wrong the first two games and we wanted to make sure we came back and locked down defensively."