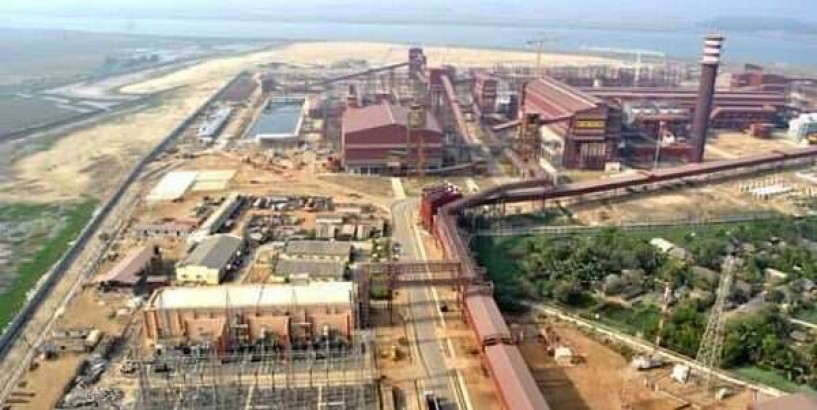 As the age of the hydrocarbon enters its final era, the action increasingly moves to Asia and plastics take center stage.

With demand for transport fuels set to tail off in the years ahead, a new breed of processing plants is sprouting up across the region. These integrated refineries convert oil into petrochemicals, the building blocks for everything from food packaging to car interiors, and produce less fuels like gasoline.

In China, the biggest of these is Rongsheng Petrochemical Co.’s plant on Zhoushan island, near Ningbo. The 800,000 barrel-a-day operation opened in 2019 and will reach full capacity before year-end. An Indian Oil Corp.-led group is planning a gigantic 1.2 million barrels a day oil-to-chemicals complex on the country’s west coast. Saudi Aramco, as part of its strategy to invest downstream in Asia, has or plans to take a stake in both projects.

All told, more than half of the refining capacity that comes on stream from 2019 to 2027 will be added in Asia and around 70% to 80% of this will be plastics-focused, according to industry consultant Wood Mackenzie Ltd. Petrochemicals will account for more than a third of global oil demand growth to 2030 and nearly half through 2050, the International Energy Agency predicts.

The popularity of integrated refineries in Asia is being driven by the region’s relatively fast economic growth rates and the fact it’s still a net importer of feedstocks like ethylene and propylene. The massive plants promise to make life tougher for their smaller rivals, who lack their scale, flexibility to switch between fuels and ability to process dirtier, cheaper crudes.

“It doesn’t make sense now to operate a standalone refinery or a standalone petrochemicals plant for that matter," said Sushant Gupta, research director for Asia Pacific refining at WoodMac. Smaller facilities will find the new environment challenging, while there’s also a risk of over-capacity, he said.

The big new projects combined with low oil prices will potentially lead to refinery closures in developed markets over 2021 and 2022, Goldman Sachs Group Inc. said in a note last month. Some 1.2 million barrels a day of Chinese independent refining capacity will shut down over the next few years, while simpler plants in Japan and Australia will also be stressed, according to Gupta.

The new refineries will lead to a glut of capacity in China, according to Michal Meidan, the director of the China Energy Programme at the Oxford Institute for Energy Studies. This is partly due to the coronavirus damping global growth expectations and also as efforts to limit single-use plastics increase, she said.

Consumer and government pressure to reduce the use of plastics that are choking the world’s oceans is a hard-to-quantify threat to demand for petrochemicals. Asia consumes about half the world’s plastic packaging, according to BloombergNEF, and imports even more waste for recycling from the U.S. and Europe.

IEA forecasts for petrochemicals demand are based on strong historical growth where plastics consumption has outstripped economic expansion, according to Christof H. Ruehl, a senior research scholar at Columbia University’s Center on Global Energy Policy. But even moderate assumptions on more recycling and lower consumption of single-use packaging could bring forward the agency’s peak oil demand forecast by about a decade, he said.

“The demand for plastics and one-way plastic will not continue in the same way that it has been continuing for years, not even in the emerging economies," Ruehl said. “And a shrinking oil market is going to be a much more competitive market."

Adding another wrinkle to the industry’s transition to petrochemicals is the pandemic, which has left refiners worldwide struggling with weak margins and could stem the flow of downstream investment from the Middle East to Asia. Complex refining margins in Singapore are at 52 cents a barrel, compared with a five-year average of $4.18.

In addition to what Indian Oil is planning, Reliance Industries Ltd. has invested about $20 billion in recent years to double its petrochemicals production capacity and make refining more efficient. Chairman Mukesh Ambani told shareholders last month that the company had proprietary technology to convert gasoline and diesel into the building blocks to produce plastics.

Asia’s massive still-developing economies will also cushion the blow from waning demand for transport fuels. While the IEA predicts consumption oil demand will peak globally around 2030, that’s likely to happen around a decade later in Asia, according to WoodMac’s Gupta.

Indian Oil is investing heavily in raising the petrochemicals intensity of its refineries, said Shrikant Madhav Vaidya, chairman of the state-owned refiner. “We are still way below the global average and there is a big scope of improvement and further addition of petrochemical capacities."