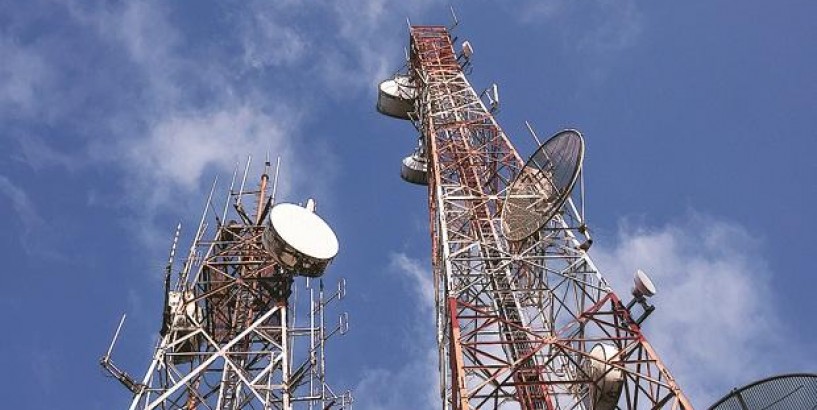 Telecom stocks advanced at the bourses in Friday's trade, led by Vodafone Idea which surged as high as 17.45 per cent to Rs 10.43 on the BSE. The S&P BSE Telecom index, up 3.44 per cent, was the top sectoral gainer at 11:30 AM. In comparison, the benchmark S&P BSE Sensex was trading 0.8 per cent higher.

The telecom companies are awaiting the Supreme Court's judgement in the adjusted gross revenue (AGR) case. After several rounds of hearings, the apex court had, on Monday, reserved its judgment in the case. On the last day of hearing, the court had observed that if telecom companies are unwilling to pay their dues, it would direct the Union government to cancel their spectrum allocation and licence.

While the court’s verdict on the tenure of paying AGR dues is expected to decide the future of Vodafone Idea, its ruling on spectrum held by telcos under insolvency will be critical for the telecom industry, analysts said.

The judgement on the aspect of additional liabilities, if any, will determine the payout for Reliance Jio and Bharti Airtel for past dues of Reliance Communications, Videocon and Aircel. Reliance Jio had spectrum sharing and trading pacts with RCom and Airtel with Videocon as well as Aircel.

Earlier, the apex court had made it clear it would not hear "even for a second" the arguments on reassessment or re-calculation of the AGR related dues of telecom companies. The SC, in October 2019, had upheld the Department of Telecommunications (DoT) definition of AGR and ordered telcos to pay the pending dues of Rs 1.6 trillion in licence fee and spectrum usage charges.

After the top court had rejected pleas by Vodafone Idea, Bharti Airtel and Tata Teleservices for a review of the judgment which widened the definition of AGR by including non-telecom revenues, the DoT had in March moved a petition seeking staggered payment spread over 20 years.

If the SC orders Bharti/JIO to pay AGR dues of insolvent telcos (whose spectrum is in use by the surviving telcos), the worst case AGR liabilities could be Rs 138 billion / Rs 252 billion, estimate analysts at IIFL.

"If the telcos are ordered to surrender this spectrum, it may be a blessing in disguise. We build in Rs 17/share hit assuming 25 per cent probability of adverse outcome on one time spectrum charges (OTSC) case and 50 per cent probability for AGR dues of insolvent telcos. We also tweak AGR hit/share from Rs 54 to Rs 49 earlier to factor in indemnity asset from Telenor," wrote G V Giri and Balaji Subramanian of IIFL in an August 28 note. Their revised target price on Bharti Airtel now stands at Rs 619 (Rs 630 earlier).

Meanwhile, the telecom industry lost over 56 lakh wireless subscribers in May amid the nationwide lockdown, according to data released by the Telecom Regulatory Authority of India (TRAI) on Wednesday. Even as there was an overall decline in the subscriber base, Reliance Jio continued adding subscribers to its base, with over 36.5 lakh user additions during the month, taking its total tally to 39.27 crore users.

The telecom space is currently dominated by Reliance Jio with with 33.85 per cent wireless market share, followed by Airtel and Vodafone Idea with 28.06 per cent and 27.37 per cent market share, respectively.