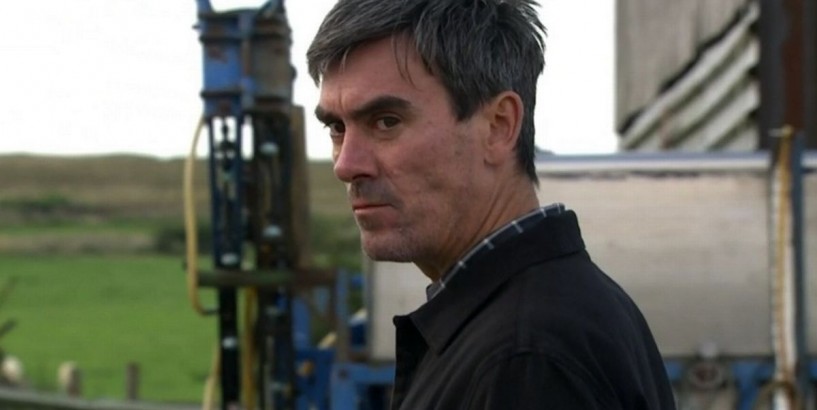 Emmerdale viewers confessed they "panicked" on Wednesday night, as they tuned in to watch their usual installment of the ITV soap at 7pm. Seconds before the show was due to start the ITV announcer had other ideas, revealing the schedule for the next couple of hours.

Except the voiceover made a blunder when it came to introducing the next show in the schedule.

Instead, the announcer claimed it was time to tune in to Coronation Street , set to air after Emmerdale.

He confirmed, with new drama White House Farm on later: "Now it's time for Coronation Street."

Moira decided to take revenge on Nate (Image: ITV) Emmerdale's Aaron makes dangerous sex decision after Rebecca refuses to let him see Seb Emmerdale relapse turmoil for Jai Sharma as Al Chapman drives him back to drugs Confused viewers took to Twitter over the scenes, wondering what had happened.

Others joked the announcer needed a day off, clearly mistaken with the schedule pattern.

One fan said: "The ITV voice man announces ‘it’s now time for Coronation Street’ mild panic ... nope he got it wrong .... its 7pm and definitely Emmerdale!!"

A third tweeted: "Did the continuity announcer just announce Coronation Street and it's actually Emmerdale? Thought my clock had stopped!"

Meanwhile, a fourth added: "I think the guy meant Emmerdale not Coronation Street."

Cain mocked Moira in front of George (Image: ITV) This was echoed by another viewer who said: "Well the #Itv voiceover needs to have a day off it’s time for #Emmerdale not #CoronationStreet ."

They were right, and of course Emmerdale started as planned with Coronation Street set to air its two episodes after.

There were dramatic scenes on the soap, as Graham and Charity clashed over Noah's hospital dash.

Noah hadn't told his mum he was suffering pain ever since his drug collapse, with him now at risk of permanent kidney damage.

Emmerdale airs weeknights at 7pm on ITV, with an extra episode at 8pm on Thursdays.