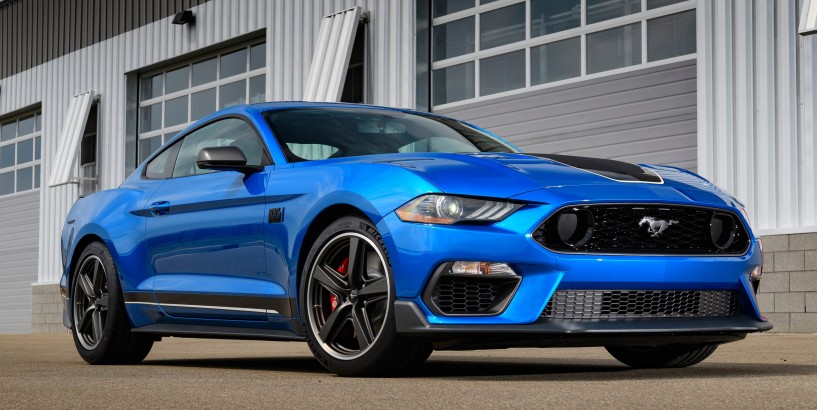 Ford Mustang Mach 1 to return, and it's getting some Shelby features

After a 17-year absence, a new Mustang Mach 1 is ready for launch. With new aerodynamics and suspension upgrades, the 480-horsepower 2021 Mach 1 will be "the pinnacle of 5.0L Mustang performance and handling" when it goes on sale next spring, Ford said. The Mach 1 is a storied model in Mustang history. Launched in 1969, it won back-to-back Sports Car Club of America Manufacturer’s rally championships and set 295 speed and endurance records at the Bonneville Salt Flats in its first model year. Since that first generation, Ford has built just two Mach 1s: One on the underappreciated Mustang II that kept the pony car alive through oil shocks in the 1970s, and an ’04 model on the fourth-generation Mustang. Among other performance improvements, the Mach 1 will offer an upgraded version of Ford’s fast-shifting 10-speed automatic transmission – not available on Bullitt or Shelby Mustangs – and 150% more downforce than a Mustang GT with Ford’s performance pack 1 upgrades. The same Tremec six-speed manual as the Shelby GT350 will be standard for drivers who want to shift their 2021 Mach 1s just like Grandad did in his ’69. For a new century, Ford added a goody Grandad never imagined: Rev-matching to the manual transmission for the Mach 1. Other changes improve cooling so the Mach 1 can run flat out all day: 50% increase in engine oil cooling, 75% more cooling for the 10-speed. Visual differences include: The 5.0L V8 produces 420 pound-feet of torque to complement its 480 hp. The improved aerodynamics and handling make the Mach 1 faster around the track than a Mustang Bullitt, which has the same power, Mustang and Shelby marketing manager Jim Owens said. Ford will export Mach 1s to 50 countries, including the model’s first-ever right-hand drive models. Interior features: Follow Mark Phelan on Twitter @ mark_phelan .