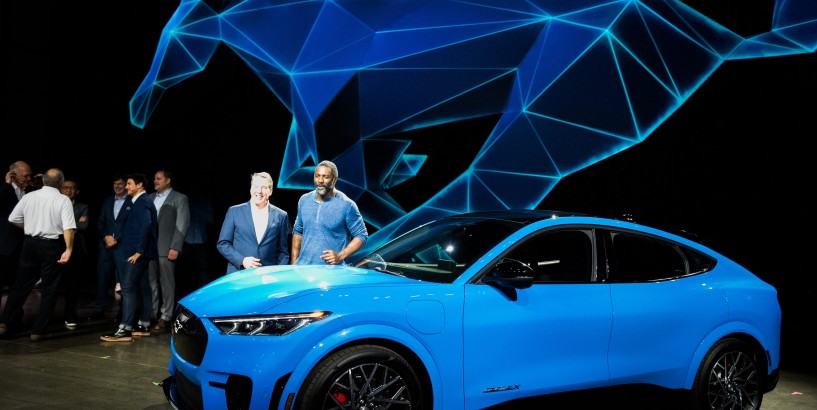 Ford Motor Co. is entering a crucial period as it tries to recover from months of punishing financial results and stock prices. The rollout of four key vehicles over the next 10-12 months – the 2021 F-150 pickup, Mustang Mach-E electric SUV and Bronco and Bronco Sport SUVs – could determine whether the automaker can change course. It’s unusual for an automaker to launch – that's the industry term for the start of production and sales – four vehicles this important in such a short period: “These are all very high-profile vehicles,” said analyst Jeff Schuster of LMC Automotive. “Since Ford has teased them for quite some time, it is key to get the launch right.” Success is not assured. Botching the launch of new Explorer and Aviator SUVs in 2019 cost Ford dearly and left eager buyers waiting for months or fuming over quality issues. “You’re only as good as your last launch,” said Martin French, North American managing director of consultant Berylls Strategy Advisors. “Ford’s next launches just got a whole lot harder,” French said. “There are two key factors: How they handle coming out of the COVID-19 shutdown and protecting the supply chain. If one key supplier goes down, it will completely disrupt the launch.” Getting quality and performance right from the first car out of the factory is never easy, but Ford faces added challenges after the two-month-plus COVID-19 shutdown of assembly plants that will build the F-150, Bronco and Bronco Sport. The factory that will build the Mach-E had been idle since it stopped building Fiestas in 2019. A good vehicle can recover from a bad launch, but that's time-consuming and expensive. “Launch problems would increase costs and delay sales opportunities, which can impact the bottom line quickly,” IHS Markit senior analyst Stephanie Brinley said. “Ford Explorer and Lincoln Aviator got off to a rocky start, but the issues have been resolved. The Explorer has seen stronger sales in the first months of 2020 than its direct competitor the Toyota Highlander, which is also new.” Analysts estimate this schedule for Ford’s four big production launches: That’s an ambitious schedule. Automakers generally try to avoid having more than one plant in launch mode at any given time, but Ford North America Chief Operating Officer Lisa Drake says there are unique aspects to these. “It’s four major launches, but each is different in its own way,” Drake said. It’s worth remembering that while the 2019 Explorer/Aviator launch was a dog’s breakfast, Ford launched the production of three other important vehicles nearly flawlessly last year: The Ranger midsize pickup and Ford Escape and Lincoln Corsair compact SUVs. This year, “we had to adjust schedules to a degree due to COVID-19,” Drake said. The lost time when people would have been physically in the plants installing new manufacturing equipment will delay when production of some vehicles begins slightly, but engineers unexpectedly got a couple of extra months to live with the new vehicles, time to spot issues and refine performance. “Engineers spent more time with the vehicles than would’ve been possible otherwise,” Drake said. “Our metrics suggest we’re in better shape than we were before the shutdown.” In the department of turning sow’s ears into silk purses, the tornado that shut down a crucial plant for supplier BorgWarner this spring gave Ford a crash course in how to help suppliers get up and running. “Having to react to that quickly bolstered our confidence we can get through anything,” Drake said. “It feels like we came out of the shutdown stronger.” Ford’s council of top suppliers, which normally meets twice a year, has been meeting weekly during the COVID-19 shutdown. The F-150 launch plan is close to the original target, and the company is trying to boost stocks of the current model for dealers to sell while they await the 2021 model, which is expected to reach dealerships in meaningful numbers in the fourth quarter. Contact Mark Phelan at 313-222-6731 or mmphelan@freepress.com . @ mark_phelan .