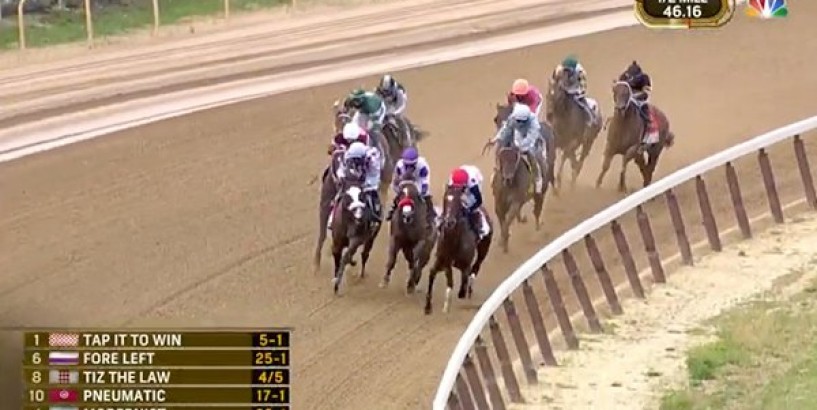 by Wayne Friedman , 8 hours ago

With many major TV sports off the air, some returning TV franchises -- golf, NASCAR, and horse racing -- have seen slight to major declines in viewing levels for the most recent reporting week versus the same time period a year ago.

The race -- an event that was pushed back several weeks due to the COVID-29 pandemic, which has postponed or cancelled many major TV sports events since March -- was down 33% versus a year ago. A year ago, on June 8, the race pulled in 4.9 million viewers.

Looking at similar sporting events, a Fox Sports 1 Nascar Sonoma race a year ago pulled in 2.5 million viewers on a Sunday, while CBS' golf event “Travelers Championship” took in 2.2 million.

A year ago, for the same week, the Fox’s Women’s World Cup FIFA Soccer event pulled in 3.7 million viewers for a Sweden-USA match on a Thursday, while another 2.8 million watched two powerhouse soccer countries compete -- France and Brazil -- taking in 2.8 million viewers.