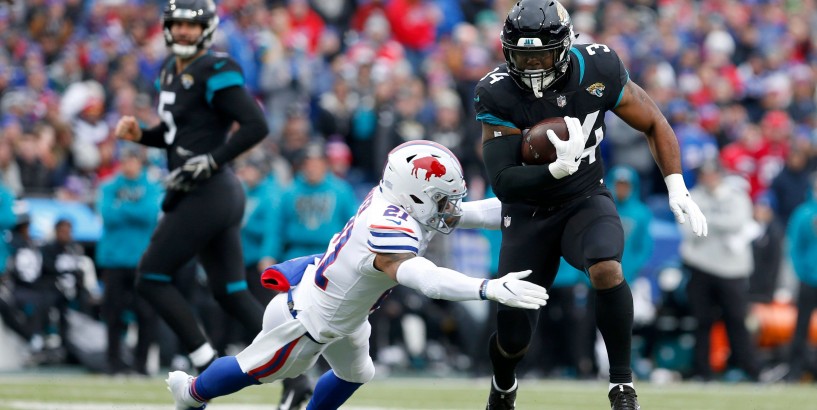 As most fantasy football leagues enter the last week of the regular season, several important players are unlikely to be able to help their teams make that final playoff push. Fantasy owners who have been relying on running backs Leonard Fournette, Melvin Gordon and possibly Marlon Mack and Kerryon Johnson are the most nervous entering Week 13.

At this point in the season, we won't try to guess how much of your FAAB (free agent acquisition budget) you should bid on these players. If you have the resources and a player meets your needs, don't be afraid to go all-in.

RB Carlos Hyde, Jacksonville Jaguars. Starter Leonard Fournette is appealing his one-game suspension for fighting but if he does have to miss this week's game against the Indianapolis Colts, Hyde could be in for a heavy workload.

Hyde carried the ball 10 times (twice in the red zone) as Fournette missed most of the second half vs. Buffalo. He hasn't seen that much work since he was acquired from Cleveland last month. T.J. Yeldon figures to retain his role as the pass-catching back, leaving Hyde the majority of snaps on first and second down.

RB LeGarrette Blount, Detroit Lions. The veteran bruiser had season-highs of 19 carries, 88 yards and two touchdowns because Johnson was sidelined by a knee injury on Thanksgiving Day. He could have a similar role this week if Johnson hasn't recovered. However, Theo Riddick could be the more valuable Lions back this week as they host the high-powered Los Angeles Rams.

RB Nyheim Hines, Indianapolis Colts. Mack is in the NFL's concussion protocol and may not be ready to face the Jaguars. Hines was the main replacement while Mack was out earlier in the season. He has a decent statistical floor because he'll see targets in the passing game regardless.

RB Justin Jackson, Los Angeles Chargers. Obviously, Austin Ekeler is the back to own in Gordon's extended absence, but he's unavailable in the majority of fantasy leagues. Since Ekeler can't be on the field for every snap, Jackson offers an opportunity for a decent number of carries at Pittsburgh. He had 57 yards on seven attempts Sunday.

WR Mike Williams, Los Angeles Chargers. With Tyrell Williams inactive, the other Williams stepped forward with a pair of touchdown grabs. He's a boom-or-bust option this week against the Steelers.

WR Robert Foster, Buffalo Bills. In two games since he's cracked the lineup, Foster has 199 receiving yards and a touchdown. He's a major deep threat the Bills have lacked, and his role could grow as rookie QB Josh Allen gets even more comfortable running the offense.