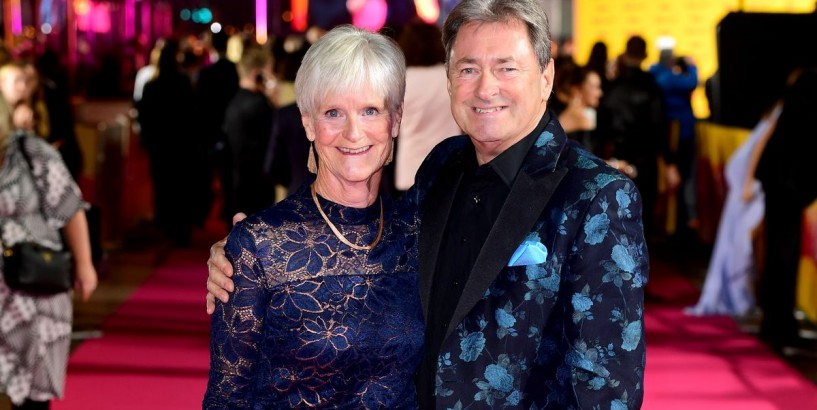 Alan Titchmarsh says the secret to his happy 45-year relationship is a nice cuppa. TV gardener Alan has been married to Alison, who he met in the 70s, for almost five decades.

Ahead of Valentine’s Day this week, Alan said: “Romance is about being thoughtful.

"I have made Alison tea for 45 years – but mind you, she’s ironed my shirts every week for 44 years, which is the greater gift.”

Looking ahead to his wedding anniversary later in the year he added: “We celebrate our anniversary in July, but we've been married so long that she doesn't go in for expensive jewellery – and although this year is sapphire, I know I’ll be discouraged from buying one."

TV gardener Alan has been married to Alison, who he met in the 70s, for almost five decades Alan Titchmarsh fears he'll die before he's knighted but would love the honour Alan Titchmarsh says he'll never go on Strictly and you can forget about I'm A Celeb He continued: “Last year I looked it up, and the 44th anniversary was groceries - so I took her to Marks & Spencer, and she was happy as Larry!

“I’m a lucky man, because she’s the most unmaterialistic person I know,” he told Yours magazine.

Father-of-two Alan also said his grandchildren were starting to realise he was a TV star.

He said: “The seven-year-old, came up to me and said curiously, ‘Grandpa – you’re Alan Titchmarsh, aren't you?’ That was marvellous.”

The pair have been married for 45 years Read More Showbiz editor's picks Phil's wife breaks silence How Davina looks so youthful Foxy lady unmasked Phil's dark days Alan once told how he and his wife, a doctor, lived when they were both young and short of money.

He said: “We never went out for dinner, we couldn't afford it. We used to save 25p a week with our butcher so we could be sure of a Christmas joint. We would try to avoid the milkman when he wanted paying.”