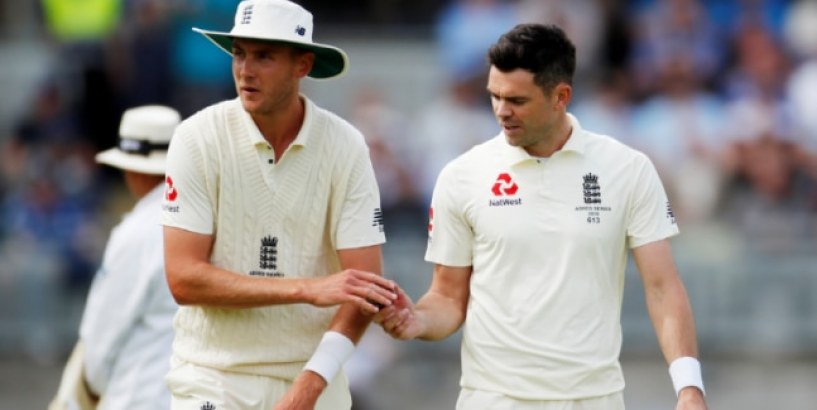 Former off-spinner Graeme Swann said England blunted their pace attack by dropping Stuart Broad, who according to him is a perfect foil for James Anderson, in their 4-wicket loss to West Indies in the Southampton Test.

Graeme Swann said England got their team selection wrong under Ben Stokes for the 1st Test by not picking Stuart Broad, who is capable of doing the 'donkey's work' and complimenting Anderson.

Swann said England should always pick Broad and Anderson together until the two fast bowlers, who are in the twilight of their careers, are "still walking". The off-spinner said both Jofra Archer and Mark Wood were similar kinds of bowlers and they lost their efficiency when made to do the "donkey's work" in the absence of Broad.

"If you want to know how to beat anybody as an England team, you pick Stuart Broad and James Anderson, together. While they are still working, still walking, pick them together for goodness sake," Swann said during the latest episode of Sony Ten Pit Stop.

"England got their team selection wrong by dropping Stuart Broad. He is a good friend of mine but I won't pick friends in my team. Remember, there is such a thing called donkey's work in a Test match. A fast bowler who can bowl 25 overs a day on the sport, never bowl a bad ball, day in day out, same pace. That is Stuart Broad. He is the foil for James Anderson.

"England picked up Jofra Archer and Mark Wood who are the same type of bowler, blistering bowlers who come on and bowl 5 overs, super-fast, try and knock people out, 90 mph.

"England picked them both and then they ended up having to do some of the donkey's work. They are not quick, not as effective. England blunted their whole bowling attack by not playing Stuart Broad."

Joe Root is set to be back for the 2nd Test after missing the first due to paternity leave and Stuart Broad is likely to return to the playing XI for the 2nd Test, starting on July 16 in Manchester.

'There will be pressure on England, Broad'

Swann believes there is going to be a lot of pressure on England and Broad but that the fast bowler is capable of handling it well.

"Yes, I think there is massive pressure now. They want to pick Stuart Broad now. That puts a lot of pressure on Stuart as well. He normally responds to pressure well. I don't worry about Stuart. The weather, looking out of my window, is overcast and wet. So it should suit seam bowlers," Swann said.

Broad came up with an emotional response to his axing from the first Test, saying he was 'angry, frustrated and gutted' and wanted to know his future with the England side after the exclusion.

Meanwhile, Swann said England underestimated West Indies 'subconsciously' as they did not follow West Indies' 0-2 defeat to India last year in the Caribbean. Swann said the Indian bowling attack led by Jasprit Bumrah was at its best and outclassed West Indies but Jason Holder's men were a better team than what the result showcased in the India series.

"I think England really underestimated the West Indies, subconsciously. Even though outwardly, they won't say. They were saying 'we are doing this, we are doing that, we are picking our best XI'.

"I think after the West Indies were beaten by India in the West Indies not long ago people who didn't watch that series, England were playing the Ashes. They wouldn't have watched it. We were there and that was an Indian team, an Indian bowling attack in unbelievable form. Jasprit Bumrah was in incredible form in that series."

Also Read | Ben Stokes was in my ear from first ball: Jermaine Blackwood reveals sledging battle with England all-rounder Also Read | Sanjay Manjrekar recalls Sachin Tendulkar's yellow Walkman: You were as attached to them as your bat