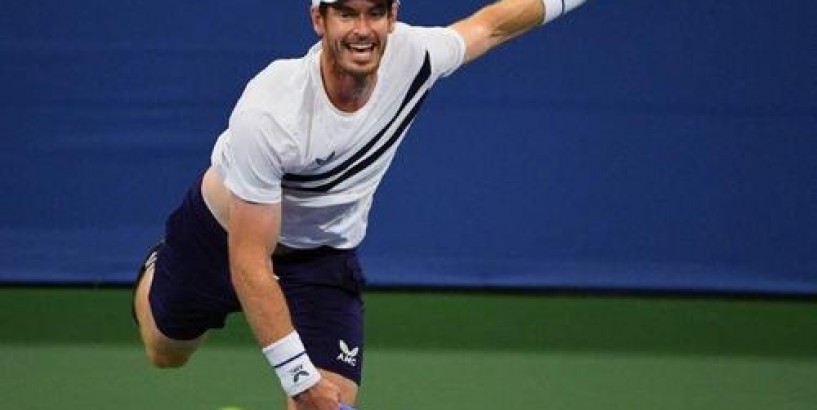 Murray ready to have fun again at U.S. Open

NEW YORK (Reuters) - Andy Murray is fighting fit and ready to banish memories of his last visit to the U.S. Open, when a painful hip contributed to a second-round demise in 2018, as he looks forward to competing at a slam for the first time in almost 20 months.

The 33-year-old Briton, who triumphed at Flushing Meadows in 2012, has missed two of the last three editions of the tournament as he struggled to cope with a career-threatening hip injury.

During that time, Murray has undergone two operations, including hip resurfacing surgery in January 2019 which has allowed him to revive his tennis career.

"Last time I was here I played a couple of good matches, but it wasn't that enjoyable for me because the hip was really not good," said Murray, who defeated Alexander Zverev in Western & Southern Open earlier this week to record his first win over a top-10 player since 2017.

"Now, like in the matches I played last week, I felt pretty good on the court in terms of my body.

"Although the matches were still difficult and stressful, still enjoyable to be out there competing because my body was actually feeling okay. Hopefully that will be the case again next week."

Murray, whose last Grand Slam appearance was at the 2019 Australian Open, faces Japan's Yoshihito Nishioka in the first round of the U.S. Open on Tuesday on Arthur Ashe Stadium with no fans in attendance due to the coronavirus outbreak.

"To go out there on such a huge stadium and have literally no one in the stands is going to be weird," said the three-time Grand Slam winner.

"But I'm just looking forward to getting to compete in a slam again."