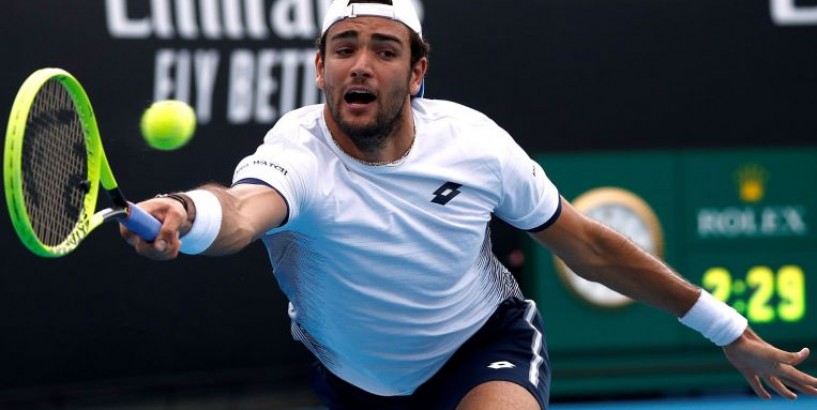 LONDON • Matteo Berrettini has echoed Dominic Thiem's stance that top tennis players need not chip in to help their financially-strapped lower-ranked peers amid the coronavirus pandemic.

World No. 1 Novak Djokovic has urged players to contribute to a fund set up by the sport's governing bodies to help the professionals affected by the tennis shutdown, which began in March and looks set to continue until August.

But third-ranked Thiem has rejected that notion, saying he believes there are sections of society that need help more urgently.

Berrettini also does not want to be put in a position where he has to bail out his fellow professionals, insisting it should be the responsibility of those governing the sport.

The Italian world No. 8 told Eurosport: "I took a moment to reflect on my priorities, not because I don't respect the other players, (but) because I believe that no player - in any kind of sports - should be put in the position of helping another player financially.

"This responsibility belongs to the federations... they are the ones who make tournaments happen, and us, the players, pay them back with our performances. They have to take care of us. The real problem is deeper.

"We need to invest money in a different way in order to help lower-ranked players. Personally, I prefer to help other more specific causes.

"I spoke with Djokovic and he told me, 'Don't worry Matteo, the donation is not mandatory. It's something that you can agree on if you feel like it. If you prefer to buy masks for hospitals like Spallanzani or helping families in need, I respect you.'

"That's an important message, it should be spread outside of our players' circle."

The governing bodies recently raised over US$6 million (S$8.5 million) to help lower-level players who depend solely on tournament winnings to earn their living.

The International Tennis Federation said it is working on additional measures, including a new fund, to help players ranked between 501 and 700, and are not covered under other relief programmes.

With no tennis for at least another two months and the US Open in doubt, financial aid will be welcome. Many lesser-known players, including Innes Ibou and Sofia Shapatava, have stated their difficulties with trying to make ends meet as they are considered independent contractors and not employees.

Personally, I prefer to help other more specific causes. I spoke with Djokovic and he told me, '...If you prefer to buy masks for hospitals like Spallanzani or helping families in need, I respect you.'

MATTEO BERRETTINI, Italian world No. 8, revealing an exchange he had with the top-ranked Serb.

While world No. 43 John Millman sympathises with their plight, he does not feel tennis is in a position to resume even in August, given its international format.

"I feel as if it is probably way too early to get back into it."