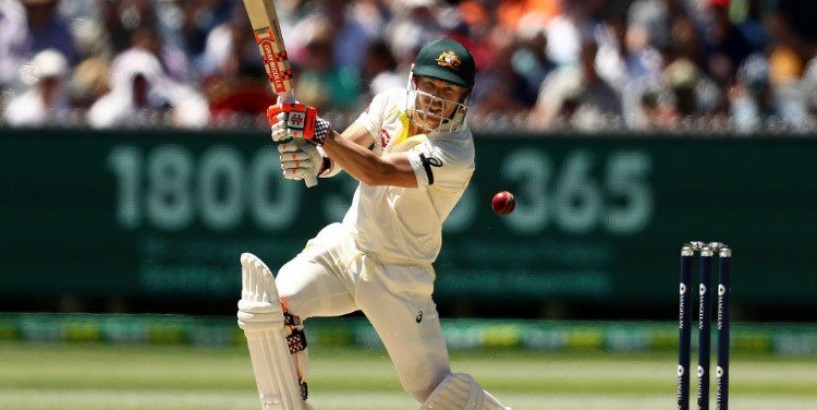 DAVID WARNER of Australia bats during the Fourth Test Match of the 2017/18 Ashes series at MCG in Australia. Picture: Ryan Pierse/Getty Images

A disastrous comeback to Test cricket for Warner, who posted the lowest return for an opener playing all 10 innings in a five-Test series. Dismissed seven times by Stuart Broad. Rating: 1.

Brought in to replace the struggling Cameron Bancroft and proved to be no better at the top of the order where he failed to pass 19 in any of his six trips to the crease. Facing an battle to keep his spot in the side. Rating: 1.

Axed after failing in the first two Tests where his technique was given a serious examination by the England bowlers. Despite some low scores he was harder to shift from the crease than Warner and Harris. Produced a stunning short-leg catch at Lord's to dismiss Rory Burns. Rating: 2.

Simply the greatest since Bradman. Carried the team's batting on his back for the whole series. Smashed three tons and as many fifties with a highest score of 211 after returning from concussion in the match that retained the Ashes. Tormented England's bowlers all series. If only he had some support from the other batsmen. Rating: 10.

Australia's find of the series and the only top-order batsman apart from Smith to impress after being drafted in as the first ever concussion replacement in the second Test. Showed guts and bravery with the willow and took the wicket that retained the urn in Manchester. Needs to turn 50s into centuries. Rating: 8.

Dropped out of the side after the third Test following Smith's return. Got starts, but failed to build on them after being caught behind the wicket in all six of his dismissals. At 32, his long-term future in the team looks uncertain. Rating: 4.

A disappointing series for the South Australian, compounded by his axing for the final Test. Scored his only 50 in the first Test win at Edgbaston and gutsed out a 42 in fading light at Lord's to snatch a draw. But like all of Australia's left-handers he struggled against Stuart Broad. Rating: 4.

The only other player in the team to score a century apart from Smith. Scored 110 in the first Test and then another ton in the last match which will secure his spot in the side for the Australian summer series against Pakistan and New Zealand. Rating: 7

The first skipper since Steve Waugh in 2001 to bring the Ashes back from England. Has led the team with great dignity but like so many players he didn't contribute greatly with the bat. Had an abysmal time with the DRS and made a shocking decision to put England in to bat in the fifth Test. His reaction to defeat after the heartbreak of Headingley showed great class. Rating: 6

Demonstrated why he is the top Test bowler in the world with an outstanding campaign. The only Australia quick to play in every match and delivered more overs than any other paceman in the series across the two teams. Tormented England's top order throughout. Top wicket taker. Rating 9.5

Staggeringly left out of the first Test but showed his quality in his return at Lord's with an inspired new ball spell that ripped through England's top order. Produced the best bowling stint of the series when he took 5-30 as the hosts were rolled for 67. Hard to imagine him being benched by the selectors again any time soon. Rating 9.

A wicket total that doesn't fairly indicate how well Pattinson bowled in his two Tests. A victim of the team's fast-bowling rotation policy largely to protect the injury-prone Victorian's body. Scored some handy lower-order runs in the first Test win at Edgbaston. Rating: 7.

Bowled his side to victory in the series opener, but struggled for large parts as England, Ben Stokes in particular, negated his threat as the series wore on. Passed Denis Lillee as Australia's third highest wicket-taker. Will forever be haunted by the missed run out that cost the team victory at Headingley. Rating 6.

The reliable Victorian was selected for his effectiveness in English conditions. and played a more than serviceable role in the first two Tests as the third seamer. Scored a crucial first innings 40 in partnership with Steve Smith to rescue Australia. Less effective in the final Test at The Oval, but can be proud of his efforts in what's likely to be his last series. Rating: 7.

Snubbed by selectors until the decisive fourth Test and played his part in winning the match to retain the Ashes by taking 3-80 in England's second innings. Scored a handy unbeaten 54 in the first innings at Old Trafford to help lay a big foundation for the win. Unlucky to be left out at the Oval. Rating: 7.

Vindicated his selection in the final Test with a superb spell of bowling him that earned him his first five-wicket Test haul. However, he got himself out cheaply twice with the bat. Rating 7.