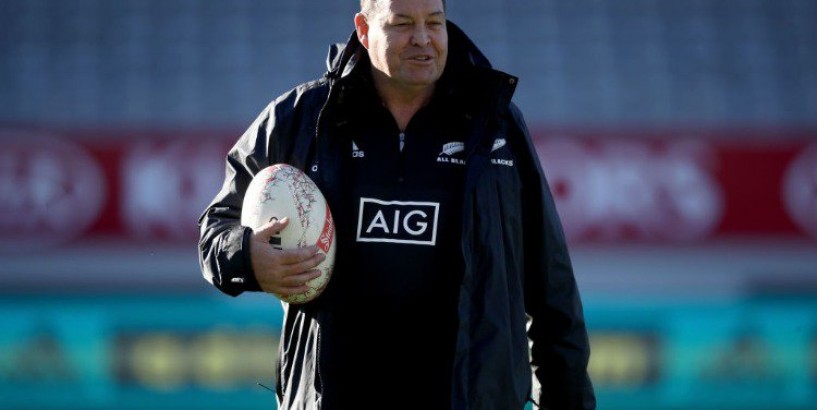 All Blacks Relaxed At Losing No.1 Ranking

The All Blacks say Wales are welcome to the No.1 world ranking, relaxed to shed themselves of the long-held status heading into a Rugby World Cup defence that is gathering serious momentum.

Coach Steve Hansen was bemused that New Zealand should lose the top spot they've held for a decade in the immediate wake of a 36-0 crushing of Australia.

However, he won't be losing any sleep over it, reminding Welsh counterpart Warren Gatland that the spotlight will now shine a little brighter on the Six Nations champions when they arrive in Japan.

"We just need to get ourselves in the right frame of mind to go over and win the World Cup, so I'm not too worried about that."

After three patchy outings in 2019, the All Blacks rediscovered their mojo at Eden Park.

Rivals hoping the three-time world champions were back-pedalling won't have enjoyed the sight of a Kiwi pack defying critics in compelling style while new wingers Sevu Reece and George Bridge injected energy on the end of a slick backline.

Hansen's only gripe was the yellow card shown to hooker Dane Coles for a dangerous judo flip on Wallabies halfback Nic White.

It came a week after Scott Barrett was sent off for his shoulder charge in the heavy loss at Perth and represents a concerning trend, as the outcome big World Cup matches could swing on ill-discipline.

"How disappointed? Very. We'll deal with that behind closed doors and move on," Hansen said.

"It's a constant work-on for Colesy and it's a good reminder for him.

"You're going to get moments when he does something you'd classify as dumb."

New Zealand's World Cup squad is named on August 28 and they'll play Tonga in Hamilton on September 7, two weeks out from their mouth-watering tournament opener against South Africa.