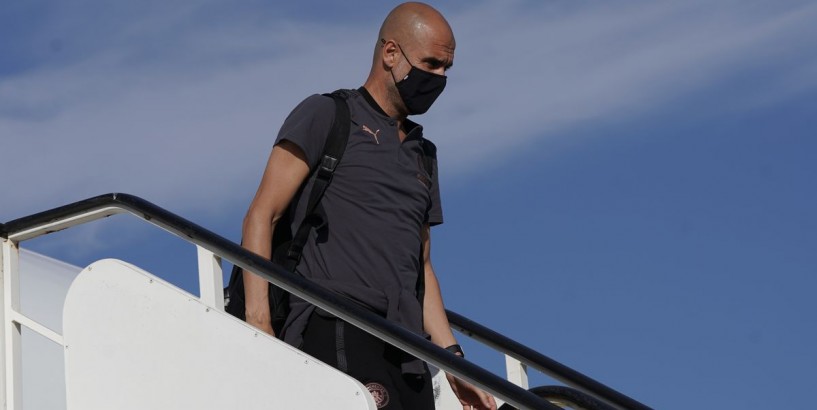 Subscribe When you subscribe we will use the information you provide to send you these newsletters. Sometimes they’ll include recommendations for other related newsletters or services we offer. Our Privacy Notice explains more about how we use your data, and your rights. You can unsubscribe at any time. Thank you for subscribing We have more newsletters Show me See our privacy notice Invalid Email Whether you are counting from the Community Shield or the first Premier League game, Manchester City's season has now officially passed the 365-day mark.

With a three-month hiatus between March and June, Pep Guardiola's side have played out the remainder of the domestic campaign and a 2-1 win over Real Madrid earned them a trip to Lisbon for the final stages of the Champions League. If they go all the way, a season that started on August 4, 2019 at Wembley will end on August 23, 2020 with very little break before the next set of competitions roll around again.

Even if City go out against Lyon at the weekend , they are already beyond the point where it would be reasonable to expect them to line up with the other Premier League clubs on the weekend of September 12. Clubs still in European competition will be offered 30 days to rest and recuperate, while Chelsea boss Frank Lampard also wanted the same after his team suffered a few muscular injuries in the FA Cup final.

How much of a help that will be remains to be seen though.

There is a window for international fixtures across the first eight days of September, with two rounds of UEFA Nations League matches likely to occupy a sizable chunk of Guardiola's squad.

And while the rest between campaigns may be appreciated, playing catch-up from the off in the Premier League will bring its own disadvantages - especially given City's tendency under Guardiola to go deep in every competition they play; a team that played 61 matches last season in search of a quadruple that was still on until April has managed 58 this term with between one and three more to come.

A manager that has been left bemused by the lack of significance attached to the Community Shield is never going to shy away from pushing for every trophy possible though.

Man City will have to plan without Sergio Aguero for Champions League knockout tournament Juventus drastic action changes Pep Guardiola question for Man City While he - and the club - may have gripes about the packed schedule in terms of the excessive workload being asked of players, Guardiola has never taken the easy way out of a fixture headache with strong teams picked throughout in what has been a unique trait among the elite clubs in recent years. City may not like it, but they will still turn up and play whenever and wherever they are told.

The same goes for the Champions League. It would surely help City's attempt to reclaim their title from Liverpool, who last played on July 26, to avoid giving Jurgen Klopp's side the chance to make early headway yet that is simply not the City way under Guardiola.

One game at a time, they will deal with any complication at the beginning of next season when they come to it - and when they hope they will still be on a high from winning the Champions League.

Just don't mention the Super Cup if they do.