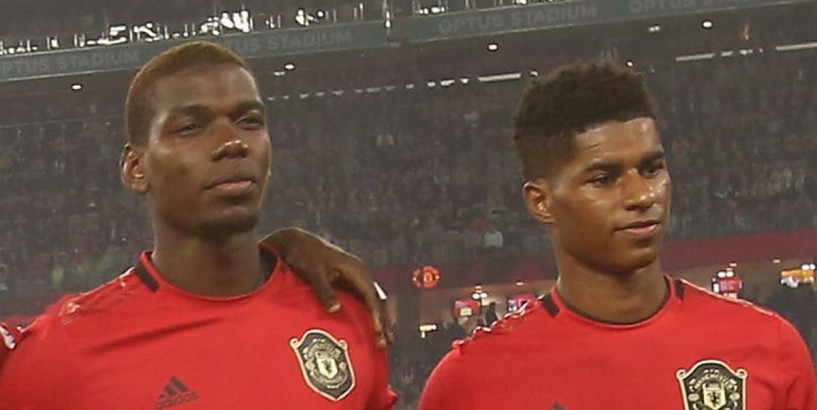 Share By Richard Fay 05:00, 23 MAY 2020 Sport opinion Sign up to FREE email alerts from Manchester Evening News - Manchester United FC Subscribe When you subscribe we will use the information you provide to send you these newsletters. Sometimes they’ll include recommendations for other related newsletters or services we offer. Our Privacy Notice explains more about how we use your data, and your rights. You can unsubscribe at any time. Thank you for subscribing We have more newsletters Show me See our privacy notice Invalid Email Manchester United can see the light at the end of the tunnel as preparations begin for the potential return of the Premier League next month.

United's first-team squad began a staggered return to training this week as they look to build upon their fitness to prepare for a possible return to action in June, and now focus is gradually moving on to the task ahead for the coming weeks.

Ed Woodward revealed on Thursday he is 'optimistic' about restarting the domestic season next month and anticipates an August conclusion to the Europa League as United look to retain their momentum and challenge for silverware in the summer months.

United are still technically unbeaten in their last 11 games and fifth in the Premier League table with nine fixtures left, but Ole Gunnar Solskjaer already knows he'll need to start afresh when the season gets back underway.

Players will no longer be assured of a place in the first team simply because they were playing well in March, and similarly Solskjaer might look to alter his tactical approach from the one which worked during their unbeaten streak.

Going into next season United will be looking to build on their solid foundations in a 4-2-3-1 formation this season, with Jadon Sancho viewed as an essential cog in finally bringing balance to their attacking output.

Read More Related Articles Manchester United's faded youngster must prove Scott McTominay right Read More Related Articles Manchester United have the perfect first team plan for Hannibal Mejbri However, for the remainder of this season United might be better off adapting their 3-5-2 formation in order to further strengthen their defence and utilise their returning players in the best possible way.

Plenty of talk has been about Paul Pogba and where he could fit into the midfield, but if fully fit it is preposterous to think he wouldn't be accommodated. Solskjaer brought the best out of the French midfielder last pre-season by playing him on the right side of a midfield two, and when back it is there alongside Fred where he should play.

Doing so would allow Bruno Fernandes to occupy the attacking midfield role for the rest of the season, while Fred could be replaced by Scott McTominay or Nemanja Matic in the deeper role depending on the opposition. This would also allow the defensive man to act as a sole anchor against smaller sides, with Pogba given the freedom to push further up with Fernandes and further increase their attacking threat.

The lack of a natural right-wing option in this set-up can be accommodated for at the moment by a switch to 3-5-2 with Aaron Wan-Bissaka and Brandon Williams providing the support from out wide, with the formation also giving Anthony Martial and Marcus Rashford the opportunity to both play in a central role.

Adopting this approach for the rest of the season would not only amplify United's threat on the counter-attack, but it would further solidify the defence by utilising Luke Shaw in the back line along with preferred partnership Harry Maguire and Victor Lindelof.

Read More Related Articles Manchester United can overhaul key position without spending any money Read More Related Articles Newcastle takeover could give Manchester United a transfer boost The new formation would not only cater to United's strengths by getting their best players all on the pitch at the same time but it would also allow Solskjaer to utilise the likes of Daniel James, Juan Mata and Mason Greenwood as genuine game changing options from the bench.