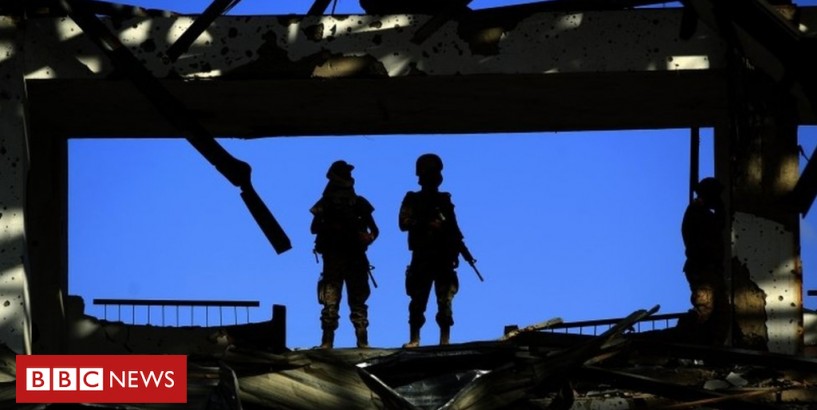 Yemen crisis: Who is fighting whom?

"A UN-chartered plane will arrive at Sanaa international airport Monday to evacuate 50 wounded combatants... three Yemeni doctors and a UN doctor, from Sanaa to Muscat," a coalition spokesman said overnight.

He said the move had been requested by the UN special envoy for Yemen, Martin Griffiths, and had been agreed as a confidence-building measure ahead of discussions in Sweden. Media playback is unsupported on your device Media caption The UN says Yemen is on the brink of the world's worst famine in 100 years if the war continues

The UN has been trying to revive talks between the government led by President Abdrabbuh Mansour and the Iranian-backed Houthis who control much of the north.

A previous round in Geneva collapsed in September when the Houthis failed to show up. Why is there a war in Yemen?

Yemen has been devastated by a conflict that escalated in early 2015, when the Houthis seized control of much of the west of the country and forced President Abdrabbuh Mansour Hadi to flee abroad.

Alarmed by the rise of a group they saw as an Iranian proxy, the UAE, Saudi Arabia and seven other Arab states intervened in an attempt to restore the government.

There has been widespread concern for the plight of thousands of civilians trapped in the rebel-held port of Hudaydah.

At least 6,660 civilians have been killed and 10,560 injured in the fighting, according to the United Nations. Thousands more civilians have died from preventable causes, including malnutrition, disease and poor health.

The World Health Organization warned in October that about 10,000 new suspected cases of cholera were now being reported every week. Related Topics