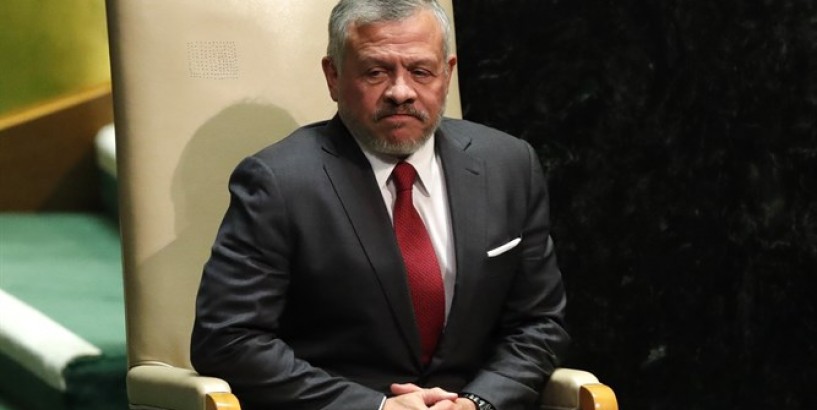 King Abdullah II Reuters Jordan’s King Abdullah II warned on Monday that any unilateral Israeli moves to apply sovereignty over Judea and Samaria would fuel instability and dim hopes of a final settlement of the decades-old Arab-Israeli conflict.

Speaking to British lawmakers and quoted by Reuters , the King said that the only path to a comprehensive and lasting Middle East peace was the establishment of an independent Palestinian state based on pre-1967 borders, and with eastern Jerusalem as its capital.

“Any unilateral Israeli measure to annex lands in the West Bank is unacceptable, as it would undermine the prospects of achieving peace and stability in the Middle East,” the monarch was quoted in a palace statement as telling British foreign and defense parliamentary committee members in a virtual meeting.

Jordanian officials have been vocal in their opposition to Israel’s planned move to apply sovereignty over parts of Judea and Samaria.

The Jordanian King recently warned Israel against applying sovereignty in Judea and Samaria, saying that if Israel goes through with the sovereignty move, “it would lead to a massive conflict with the Hashemite Kingdom of Jordan".

He later stated that the sovereignty move would threaten stability in the Middle East.

Jordanian Prime Minister Omar al-Razzaz has threatened that the kingdom would review its relationship with Israel if the Jewish state goes ahead with the sovereignty move.

Jordan is one of only two Arab countries, along with Egypt, to have signed a peace deal with Israel. However, many Jordanians still see Israel as an enemy and protest what they view as “normalization” with the Jewish state.

In addition, the country’s parliament, which is made up mostly of Islamists, remains anti-Israel and its members have more than once called to annul the peace treaty.