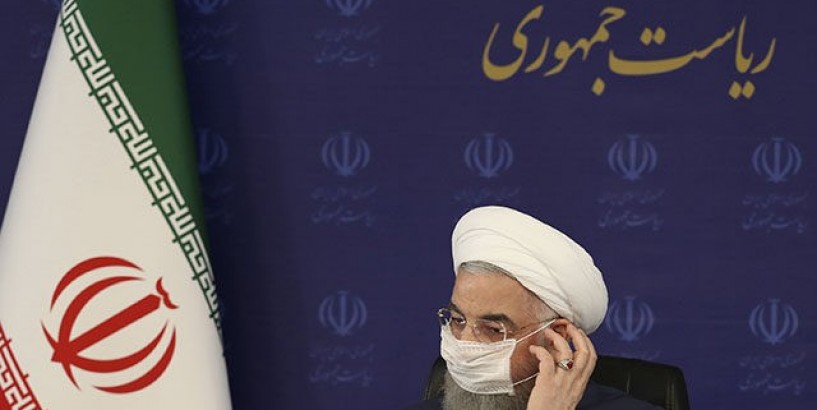 Islam is a racist and bigoted ideology as taught in the Qur’an. Moreover, Islam, its Militarist Mosques, its Supremacist Shariah(Islamic Law), its Terroristic Teachings(eg. Koran, Hadith, Sira, Tafsir, etc.), its Political Organizations(eg. CAIR, ISIS, MSA, OIC, etc.), its Sinister Halal Certifications, its Diabolical Prostitution Practices, its Segregationist Schools, its Pagan Holidays, and its Genocidal Caliphate(Islamic State/Empire) are a legal threat and a terroristic menace to every Country and Constitution in the world because Islam produces Polygamous, Subversive, Discriminatory, Malicious, Racist, Seditious, and Tyrannical Criminal Enterprises against ALL Non-Muslims(Koran 2:178, 244; 3:54, 85,110; 4:95; 5:55; 8:30, 39, 74; 9:5, 29, 33, 41, 73, 88, 111, 123). Islam means “to surrender” by becoming a Muslim(Koran 48:16; 49:14-15). By failing to become a Muslim under Islam’s Law, the Christian or J * wish Non-Muslim is a CRIMINAL who must pay Jizya(Extortion Penalty) to stay alive while the other Non-Muslims are not offered this payment option and are annihilated(koran 9:5,29). Koran 9:29 says, “Engage in war with those who do not believe in Allah nor in the last day. Nor forbid what Allah and his messenger forbid, nor believe in the religion of the truth[Islam] among those who have been given the book[Christians and J * w s] until they pay the jizya[extortion penalty] out of hand and they are subdued[disgraced].”

Islam is a racist worldview, a segregationist Marxist ideology, a terroristic movement, and a discriminatory government(Caliphate, Islamic State) of lies, terrorism, and deceit(Koran 3:54; 5:51; 7:99; 8:30; 13:42), and every Muslim, peaceful and violent, is a terrorist according to Allah(Koran 49:14-15). All Islamic Countries(eg. Turkey, Egypt, Saudi Arabia, Iran, etc.) are State-Sponsors of terrorism and discrimination. Islam and Muslims are the main source, cause, and threat of terrorism and discrimination in the world(Koran 4:74-76; 9:29). Thus, the corrupt cult of Islam should NOT have religious protections under the law in any country, and Islam and its Mosques should be banned because coexistence with Islam is never possible with Islam’s discriminatory and terroristic ideology(Koran 5:51; 9:29; 98:6-7). Koran 98:6-7 says, “6 Surely those who became infidels, from the People of the Book[J * w s and Christians] and polytheists, will abide in the fire of hell forever. Those are the worst of the creatures. 7 Surely those who believed and did good deeds, those are the best of the creatures.” How? In Sahih Bukhari(V6,B60,N80), Abu Huraira narrates, “‘You(Muslims) are the best of peoples ever raised for mankind.’ means, the best of peoples for the people, as you bring them[Non-Muslims] with chains on their necks till they embrace Islam.”

Allah’s apostle was a racist White Man[Sahih Bukhari(V1,B3,N63)], a violent Slaveholder, and a terroristic Arab Supremacist(koran 3:106; 60:4) against Atheists, Hindus, Buddhists, Christians, J * w s, etc. Islam is inherently discriminatory, evil, cancerous, predatory, subversive, totalitarian, and terroristic(koran 2:282; 9:29). Koran 5:51 says, “O you who have believed[Muslims], do not take the J * w s and the Nasara(Christians) as friends. They are friends to one another. And whoever among you takes them as friends, so surely he is of them. Surely Allah does not guide the unjust people.” Hence, Allah says that Non-Muslims are enemies to Muslims(koran 4:144; 9:28-29). Because J * w s and Christians are the worst of creatures, Allah spreads enmity and hatred among them. Koran 5:14 says, “And some of those who say, ‘Surely we are Nasara (Christians),’ we took their covenant. So they have forgotten a part of what they were reminded of, so we have stirred up enmity and hatred among them until the resurrection day. And Allah will inform them of what they were doing.” See also koran 5:82; 9:28,123; 48:29; 8:60 and more.

Islam and its Discriminatory Teachings are an unlawful, fraudulent, oppressive, exploitative, covetous, corrupt, murderous, double-crossing, contradictory, and supremacist ideology(Koran 8:39). Koran 8:39 says, “And engage in war with them[Non-Muslims] until there will not be sedition and the religion will be completely to Allah…” Islam is an intolerant, malicious, and violent ideological system, and one cannot reject it without suffering the penalty of death(koran 9:5,72-73; 58:22). In Sahih Bukhari(V4,B52,N260): “…The Prophet says, If somebody discards his religion[Islam], k i l l him.” Dying in jihad and paying money for jihad are two contractual requirements of Islam’s profession of faith(Shahadah) for Islam’s Muslims to obtain Paradise(Koran 49:15). Hence, every Muslim is owned by Allah. Koran 9:111 says, “Surely Allah has purchased from the believers(Muslims) their souls and their money so that they may have the garden[Heavenly Paradise]. They engage in war for the sake of Allah, so they k i l l and are k i l led...”

Islam and its Shariah(Islamic Law) are a vicious, corrosive, supremacist, terroristic, religious, and legalistic totalitarian system because Muslims and Non-Muslims are NOT EQUAL in Islam’s Law, Shariah(Koran 3:28,85; 5:51). For example, Sahih Muslim(B19,N4366) says, “It was narrated by ‘Umar b. al-Khattib that he heard the Messenger of Allah say: I will expel the J * w s and Christians from the Arabian Peninsula and will not leave any but Muslim”. In Sahih Bukhari(V1,B8,N387), “Narrated Anas bin Malik: Allah’s Apostle said, ‘I have been ordered to fight the people till they say: ‘None has the right to be worshipped but Allah.’ And if they say so, pray like our prayers, face our Qibla and slaughter as we slaughter, then their blood and property will be sacred to us and we will not interfere with them except legally and their reckoning will be with Allah’”. Thus, Muslims cannot be friends with anyone including family members who disobey or disbelieve in Islam, Muhammad, and Allah(koran 9:23; 58:22).