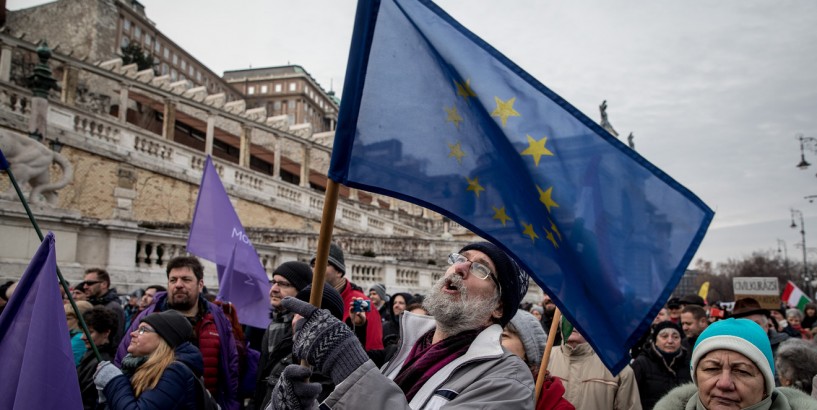 Europe may be on the cusp of a nightmare, but it’s not too late to wake up

Ironic parallel..."the European Union will go the way of the Soviet Union in 1991". If the Russian people only knew what would happen if they failed to rise an stop Lenin; if the German people only knew what would happen if they failed to rise and stop Hitler...today there is no excuse for failing to rise and stop the same evil dressed as the angel of light. That Soros laments the fall of the Soviet Union should advise every reasoned individual in Europe it is time to rise. It is time for every Marxian to be removed from positions of power. It is time for Islamists to return to Islamic countries. It is time for every European country to once again embrace individual cultures and languages; let England be England, France be France and Germany be Germany. If a Marxian calls you a racist or white supremacist simply tell them you are all for cultural diversity; if immigration is taken to its logical conclusion of open borders cultures 2000 years in the making will disappear in a case of the premise destroying the object...and cultural diversity will disappear.