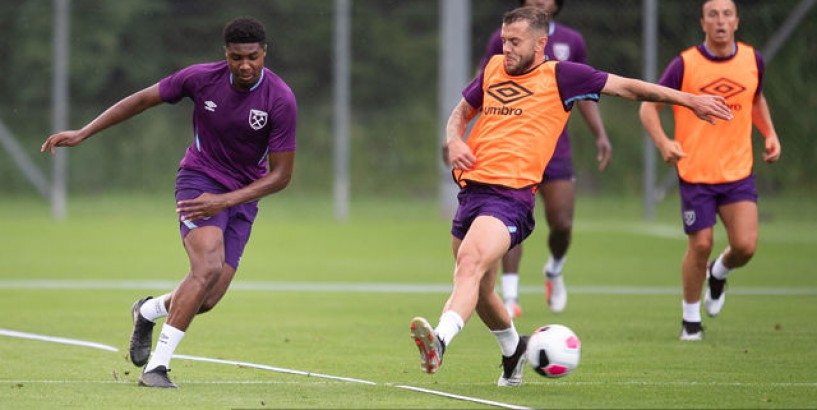 Why Pellegrini should prefer Noble over Wilshere against Norwich

Jack Wilshere rolled back the years against Newport County as he charged down his man to steal the ball and slotted it past the goalkeeper to get his first goal of the season. The former Arsenal man will be gunning for a regular place in Manuel Pellegrini's starting lineup but the game against Norwich isn't the one for him.

The Irons will host the Canaries on Saturday in a game expected to be an absolute belter considering the styles of both teams.

Daniel Farke's side have been impressive so far despite losing two of their three games, while West Ham have recovered from their horrific opening day defeat at the hands of Manchester City.

The Hammers ' only win of the league campaign so far came against Watford last weekend where Sebastien Haller took all the plaudits for his brace. However, the biggest difference for West Ham in that game as compared to the previous two was their solidity in midfield.

Declan Rice was as impressive as ever, while his partner Mark Noble gave the Irons the perfect balance between attack and defence. This balance will again be of massive importance against a Norwich side who are extremely dangerous in possession as they have shown in their last two games.

Starting Wilshere in place of Noble, as tempting as it is, would be a massive risk considering how he has the tendency to drift forward leaving out gaps in the centre of the park. This would allow a ton of space to someone like Marco Stiepermann who has the ability to deliver a killer pass which would instantly kill the game.

A midfield of Noble and Rice worked very well last season and the the latter's ability to shield the back line combined with the former's willingness to work tirelessly both in attack and in defence is perfect for the Hammers against a Norwich side who will make it difficult on Saturday.