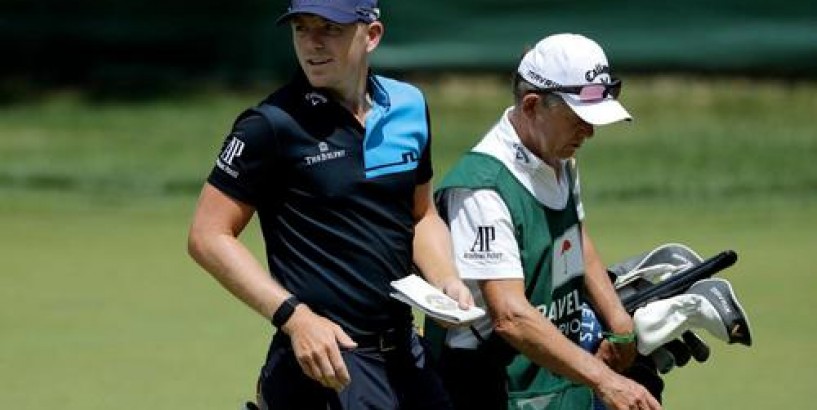 It is not just the Travelers Championship leaderboard that the PGA Tour is closely monitoring but the coronavirus withdrawal charts. On Friday Denny McCarthy and Bud Cauley made it seven golfers to have pulled out so far this week.

This concerning Covid-19 escalation is threatening to overshadow a tournament featuring 50-year-old Phil Mickelson on 13-under and world No1 Rory McIlroy four behind and in contention for his first event of the year.

Yet all the talk is about the latest players to depart the Hartford course prematurely because of the lockdown.

McCarthy tested positive before his second round, and playing partner Cauley also withdrew, as a precaution.

That left the bizarre spectacle of the third member of that group, England's Matt Wallace, playing as a one-ball, a fact with which he was not best pleased.

"Would Rory play on his own?" Wallace asked. "I probably doubt it. So they could have dropped one of the players back from in front or maybe from behind to go ahead and play with me. I just don't think it was a great move to leave someone out on their own in the middle of the pack"

McCarthy, the 27-year-old American, shot an opening 67 but despite testing negative then arriving at the course on Tuesday, began to suffer during the first round. "I was feeling pretty sore and tired," McCarthy said. "I didn't think much of it because I'd practiced a lot. But I woke up in the middle of the night and my body was really achy and sore."

It will be of no consolation to the world No180 that he is in good company. World No4 Brooks Koepka decided to scratch when caddie Ricky Elliot tested positive, and Koepka's young brother, Chase, then also added the dreaded "WD" next to his name.

Graeme McDowell , the 2010 US Open champion, below, returned to Orlando on Wednesday following his long-serving bagman, Ken Comboy, being struck down, while world No5 Webb Simpson , last week's winner, withdrew the same day after his daughter tested positive.

With Cameron Champ pulling out after his own positive test on Tuesday, emulating Nick Watney at the RBC Heritage, McCarthy became the third player since the circuit resumed three weeks ago.

In an impassioned press conference on Wednesday, Jay Monahan, the Tour's commissioner, insisted that they were not considering cancelling the £6m event in Connecticut. However, Monahan issued a stern warning to the field to follow the protocols and made changes to the health and safety system. Of course,

McCarthy's plight will bring that system under increased scrutiny, regardless of Monahan's statement on Friday night. "Today's update again demonstrates our rigorous and quick testing, contact tracing capabilities and overall healthy and safety protocols," he said

On the course, Mickelson's 63 lit up the proceedings, taking a one-shot lead over fellow American Will Gordon and Canada's Mackenzie Hughes. Playing alongside McIlroy (68), the left-hander reeled off eight birdies in his last 14 holes after bogeying the second. Another Englishman in Justin Rose missed the cut on level par following a 73.