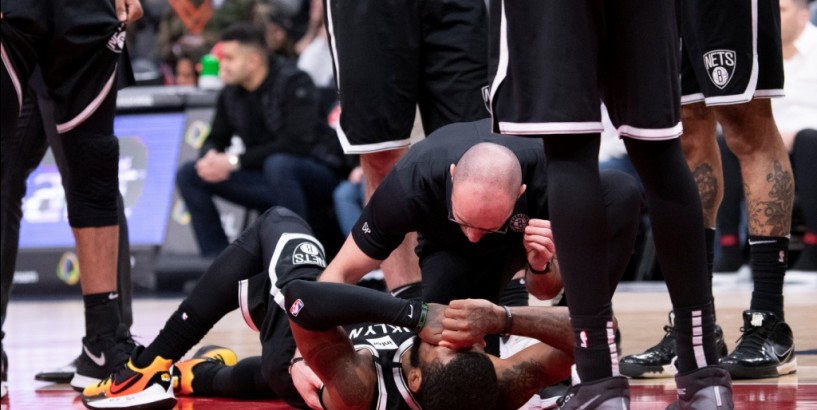 Brooklyn Nets guard Kyrie Irving is out indefinitely as he once again experiences troubles with his right shoulder.

Brooklyn Nets staff tends to guard Kyrie Irving (11) during the second half against the Washington Wizards at Capital One Arena. (Tommy Gilligan / USA TODAY Sports, File)

Irving missed 26 games with an injury to the same shoulder earlier this season. Nets coach Kenny Atkinson said on Tuesday that Irving is slated to see a shoulder specialist later this week.

Atkinson said it will be a different specialist than the one Irving saw in December. Atkinson expects to have a clearer timetable per Irving’s situation after the appointment.

Earlier this season, Irving expressed that he wanted to avoid shoulder surgery and rehab the injury. He received a cortisone shot nearly two months ago and returned to action on Jan. 12.

But the six-time All-Star has played in just 20 games this season, also missing some time with knee and hamstring injuries.

There is some concern that the shoulder setback could be season-ending. But Atkinson said he did “not want to go there.”

Atkinson there wasn’t a specific incident that led to the latest setback.

“The shoulder is a tough thing,” Atkinson said. “I just think it was an on and off thing where it’s bothering you. Some days you feel good, some days you don’t feel good. But I think it got to the point it was, ‘Hey, let’s see another specialist.'”