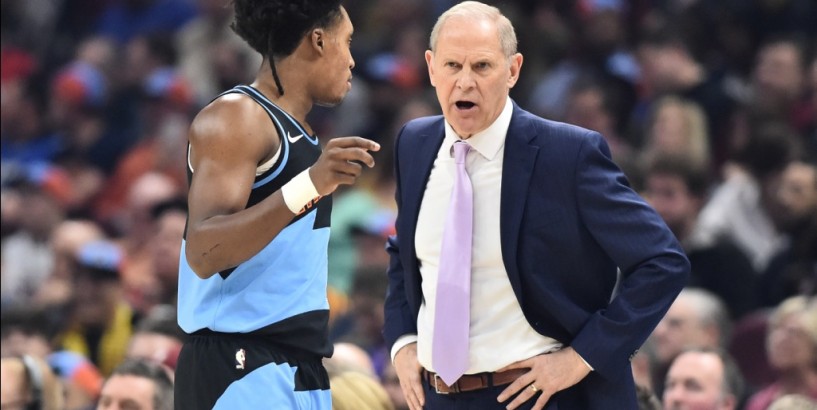 John Beilein is out as head coach of the Cleveland Cavaliers after little more than half a season in the position, ESPN reported Tuesday night.

The two sides reportedly had been discussing plans to mutually part ways this week, with The Athletic reporting that Beilein met with Cavaliers owner Dan Gilbert on Monday to discuss possible resolutions. ESPN and the Cleveland Plain Dealer added that the sides were working out a financial settlement.

According to ESPN, Beilein is expected to say goodbye to Cavaliers players and staff Wednesday morning, as everyone returns from the All-Star break. Associate head coach J.B. Bickerstaff will be promoted to full-time head coach and will run his first practice Wednesday evening, per ESPN.

Cleveland’s first game after the break is Friday at Washington.

Beilein, 67, joined the Cavaliers last offseason on a five-year deal, with four years and $18 million guaranteed before a team option in the fifth year. His first season has not gone well, though.

Beilein had to apologize to the team in January over his word choice in a film session. He reportedly called his players “thugs” during a meeting at the team hotel in Detroit. Beilein said he had meant to say the team was “no longer playing like a bunch of slugs,” intending to compliment his squad for playing faster in recent games.

The Cavaliers are 14-40, the worst record in the Eastern Conference and ahead of only the Golden State Warriors (12-43) in the NBA.

Before moving to the NBA this season, Beilein racked up 571 wins with four Division I college programs, most recently Michigan. He finished 278-150 with two losses in the NCAA championship game in 12 seasons at Michigan before accepting the job with the Cavs.