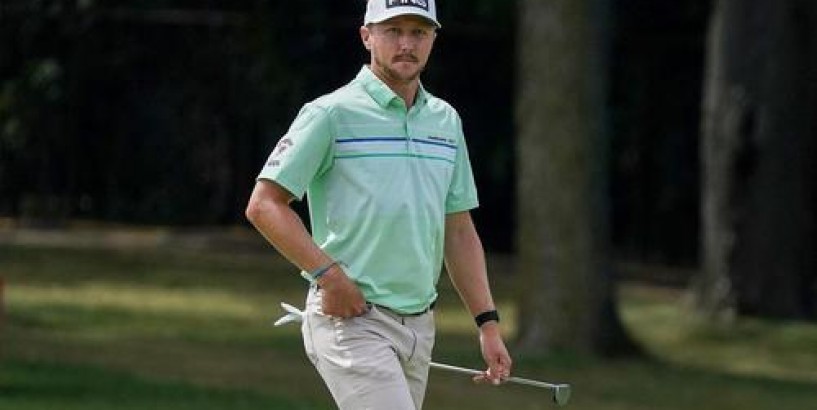 More to play for than a trophy: Bubble boys look to stay in top 30 to advance

OLYMPIA FIELDS, Ill. - There will be more to play for during the final round at the BMW Championship than a shiny trophy.

Only 30 tickets will be punched for next week's lucrative season finale at East Lake, and while a vast majority of the Tour Championship field is already solidified, a few spots remain very much up for grabs with one round to go at Olympia Fields.

Although every participant in Atlanta will have a chance to compete for the $15 million top prize, the other perks of advancing are significant: spots in the 2021 Masters, U.S. Open and Open, plus a trip to the WGC-Mexico Championship. This year as added incentive stemming from COVID-19 tournament cancellations, every player that advances to East Lake will also receive a spot in the 2021 Sentry Tournament of Champions, regardless of if they won a PGA Tour event in the previous calendar year.

It's an appetizing list of exemptions for a player like Mackenzie Hughes, whose lone Tour win came back in 2016. Hughes was a runner-up earlier this year in difficult conditions at the Honda Classic, and he's again in the mix through three rounds outside Chicago, tied for third and one of only three players with multiple sub-par rounds. Hughes started the week at No. 36 in points, but he's now projected to move to No. 22 and make his East Lake debut.

"Obviously in between shots your mind wanders sometimes, but this is kind of where you want to be," Hughes said. "Obviously I would have loved to have locked it up by now, but I'm happy to have this opportunity and I'll go embrace it tomorrow."

Like Hughes, Joaquin Niemann is one round away from potentially earning his first Tour Championship berth. The Chilean won the season opener at The Greenbrier nearly 12 months ago, and he started the week just outside the bubble at No. 31. Niemann shot a third-round 68, will join Hughes in Sunday's penultimate group and is projected to move to No. 18 in points if he maintains his T-3 position.

"I'll just try to do the same I've been doing. I don't care if I don't make the Tour Championship or not," Niemann said. "I just want to play 18 more holes, try to hit the ball great and hit good shots. And after 18, just see what happens."

The third and final player projected to move into the top 30 based on the 54-hole leaderboard is Adam Scott . Scott has played sparingly this season but won at Riviera in February, and alongside Hughes and Niemann he rounds out the group at 1 over, two shots off the lead. The Aussie started the week at No. 38 but is projected to move to No. 23.

"It would be a great achievement to reach East Lake," Scott said. "I've played very well this year. I had one really great week, but I've left myself a lot of work to kind of get in there. Better late than never."

With three projected to move in, three are projected to move out. Cameron Champ started the week at No. 25, but he's now the odd man out at No. 31 as he sits T-59 among the 69-player field. Adam Long (27 th to 32 nd ) and Kevin Streelman (28 th to 33 rd ) are also now projected to miss the Tour Championship after starting the week inside the top 30.