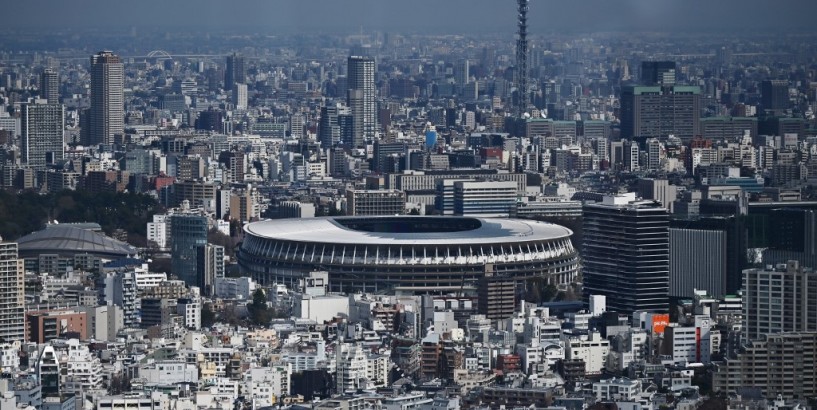 In Japan, disappointment but understanding over postponed Olympics

By Agence France-Presse Japanese citizens reacted with bitter disappointment Tuesday at the news their Olympics were postponed after years of preparation but many said they understood the move in light of the coronavirus (COVID-19) pandemic.

In this file photo taken on March 9, 2020 the New Tokyo Stadium, the main venue for the 2020 Olympic Games, is pictured from a viewing area in Tokyo.(Photo by CHARLY TRIBALLEAU / AFP)

Tokyo’s famous Shibuya crossing was thronged with late-night crowds of young people following the announcement, as Japan has not been subject to the same movement restrictions imposed on much of the rest of the world.

Earlier in the day in a joint statement, International Olympic Committee president Thomas Bach and Japanese Prime Minister Shinzo Abe announced that the Games, initially scheduled to start on July 24 this year, will now take place “not later than summer 2021”.

At Shibuya crossing, Momoko Doku, an IT engineer, stressed that the health of the athletes should take priority.

“It is disappointing for sure, but when you think about the health of athletes as well as spectators, I understand. The new coronavirus is spreading so fast in the world, and this is a very serious issue internationally,” he told AFP.

With only four months to go until the Opening Ceremony was due to begin, the Japanese capital was already decked with posters and fliers, and tickets were massively oversubscribed by its residents.

But opinion polls in the past week have shown people increasingly under the belief that the Games could not be held, as the world grappled with a virus that has killed more than 18,000 people and put a third of the world on lockdown.

For Shunsuke Kitamoto, who boxes at his local university club, the disappointment was all the more crushing as he had planned to be one of the tens of thousands of volunteers to guide fans from all over the world around the megacity.

“I was very much looking forward to seeing matches and being part of the Games as a volunteer. So it is disappointing,” Kitamoto told AFP.

However, he saw a silver lining in the fact the Games were being postponed rather than scrapped altogether as some had feared.

Sachie Tojo said the news had come as a “real surprise” and that it was “disappointing as a Tokyo citizen because I was really looking forward to it.”

But he too said the welfare of athletes was paramount.

“I also want the Games to be hosted in a good environment for athletes, so I understand,” he added.

The Olympics, which has experienced boycotts, terrorist attacks and protests, but has been held every four years since 1948, is the highest-profile event affected by the virus that originated in the Chinese city of Wuhan and has forced the postponement or cancellation of sports competitions worldwide.