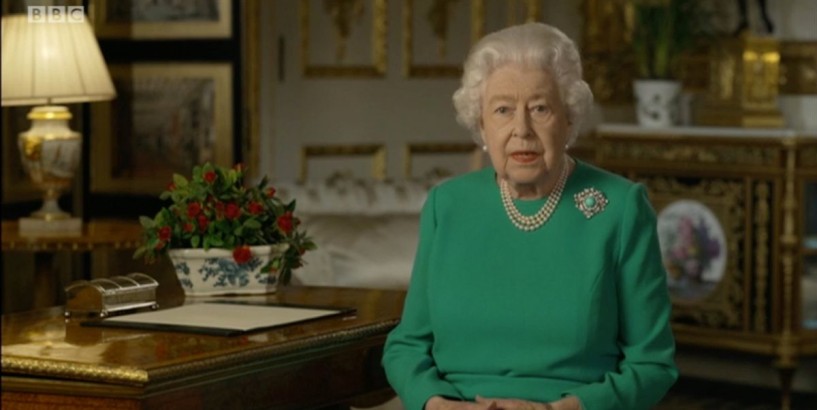 News The four other times The Queen spoke to the nation as Monarch give coronavirus address Her Majesty has made three previous speeches to the country amid an atmosphere of crisis and grief - and one in happier times in which she spoke to the nation to mark her Diamond Jubilee in 2012 Share Click to play Tap to play The video will start in 8 Cancel Play now Sign up to FREE email alerts from Mirror - The Coronavirus Briefing Subscribe We will use your email address to send you newsletters. Please see our Privacy Notice for more information on how we use your data and your data protection rights. Thank you for subscribing We have more newsletters Show me See our privacy notice Invalid Email

The Queen’s message is only the fifth time she has addressed the nation in a special televised broadcast outside of Christmas during her 68-year-reign.

Her Majesty had made three previous speeches to the country amid an atmosphere of crisis and grief, most recently after the Queen Mother's death in 2002, ahead of Diana, Princess of Wales's funeral in 1997 and about the First Gulf War in 1991.

Amid celebratory times, the Queen also made a televised address to mark her Diamond Jubilee in 2012.

On the eve of her mother's funeral 18 years ago, the Queen thanked the country for their support and the "love and honour" shown to the Queen Mother.

Dressed in black, she added: "I count myself fortunate that my mother was blessed with a long and happy life.

"She had an infectious zest for living, and this remained with her until the very end." The Queen gave an historic address to the nation (Image: BBC) Read More Piers Morgan says Queen's coronavirus speech was her 'finest moment' as monarch

The Queen also spoke to the nation in 1997 on the eve of the funeral for Diana, Princess of Wales.

Diana's sudden death in a Paris car crash triggered one of the monarchy's worst crises in modern history.

Speaking from Buckingham Palace and against a backdrop of a view of the crowds of mourners outside, the Queen, dressed in black, said she was speaking from her heart as both the nation's Queen and as a grandmother.

She paid tribute to Diana as "an exceptional and gifted human being" adding: "In good times and bad, she never lost her capacity to smile and laugh, nor to inspire others with her warmth and kindness." HRH Queen Elizabeth 11 addressing the nation after the death of Diana, Princess of Wales, September 1997 Read More ICU nurse describes tears of coronavirus patients being put on ventilators alone

In February 1991, the Queen recorded a brief televised address to the nation during the Gulf War.

It came as the allied land offensive began against Iraqi forces occupying Kuwait and she expressed her hopes for a "just and lasting peace".

The Queen called on people to unite and pray that the Armed Forces' success would be as "swift as it is certain", and that it would be "achieved with as small a cost in human life and suffering as possible".

For her Diamond Jubilee address, the monarch thanked the nation for the festivities, describing it as "a humbling experience".

Records released under the 30-year-old rule showed the monarch, in the event of World War Three, would have urged her "brave country" to stand firm as it faced up to the "madness of war", but the speech was never recorded.

Drawing on her own experience as a child in this evening's speech - before assuming the role of mother to the nation, the monarch said: “It reminds me of the very first broadcast I made, in 1940, helped by my sister.

“We, as children, spoke from here at Windsor to children who had been evacuated from their homes and sent away for their own safety.

“Today, once again, many will feel a painful sense of separation from their loved ones.

“But now, as then, we know, deep down, that it is the right thing to do.” Princess Margaret, left, and Princess Elizabeth, future Queen Elizabeth II, right, broadcasting to the children of the empire during WW2 (Image: Universal Images Group via Getty Images) Read More 'Bionic' pensioner, 89, who's beat numerous health issues is using lockdown to pump iron

Described by sources as the “Government’s trump card”, the Queen delivered her upbeat message by praising the actions of millions of Brits sticking to rules to stay at home, helping protect the NHS and save lives.

She said: “I also want to thank those of you who are staying at home, thereby helping to protect the vulnerable and sparing many families the pain already felt by those who have lost loved ones.

“Together we are tackling this disease, and I want to reassure you that if we remain united and resolute, then we will overcome it. Read More