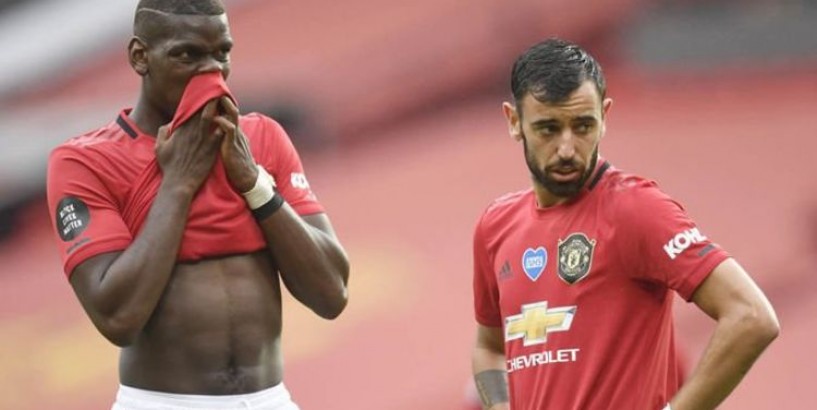 target excited about playing alongside Bruno Fernandes and Paul Pogba

Manchester United target Saul Niguez is open to a move to Old Trafford because of Paul Pogba and Bruno Fernandes , reports say. The 25-year-old star is back on Ole Gunnar Solskjaer’s radar in the wake of the Atletico Madrid’s elimination from the Champions League. And the Red Devils are determined to bring him to the Theatre of Dreams after years of interest.

They were offered the Atletico Madrid star back in 2015, when Louis van Gaal ruled the roost, only for the club to decline the chance to sign him.

Now, Saul is back on United’s radar as they look for reinforcements in the middle of the park - despite the sparkling form of Fernandes and Pogba.

And the Daily Star say the prospect of playing alongside both Fernandes and Pogba appeals to the Spain international.

The trio would all be jostling for a place in Solskjaer’s starting XI should Saul arrive but that, it seems, is more of a positive than a negative.

But whether they’re able to sign the playmaker remains to be seen, with Atletico long insisting the midfielder’s £130million release clause must be met in order to be allowed to leave.

Former United star Rio Ferdinand has already endorsed a move for Saul, saying earlier in the season: "He’s another one, what a player. I’ve been harping on about Saul Niguez for a few years now.

"I think he’s a major player.

Man Utd are hoping to sign Saul Niguez this transfer window (Image: GETTY) Related articles Man Utd: Solskjaer may request bonus signing after Copenhagen win What Man Utd insiders have said about Jadon Sancho transfer READ MORE Man Utd boss Solskjaer has already signed his own Jimenez "You can see Simeone, he gets his teams really well set up and he’s in the middle orchestrating and dictating things.

"Saul Niguez is huge and it’s come out in the papers this week that Man Utd are interested in him, but we’ll have to wait and see. Man Utd are linked to everyone."

Former United star Kleberson has also hailed Saul, saying: "I like the speculation around Saul, he’s a great player and at 25-years-old he’s the right age to come into Man United, a big team, big club and play really well.

"He’s a very talented and dynamic player, a bit different to what we have in the Premier League.

"More stylish and technical with his passing and movement, he understands how to play fast and turn defence into attack.

Related articles How Man Utd’s 25-man squad could look next season Man Utd: Solskjaer may sign three players after sealing Sancho deal “As a box-to-box midfielder, he can fill that role well for Man United bringing a level of consistency which is what they really need.

"He can probably help more on the right side because if you saw Man United play, most of their opportunities come from the left."

But they’re currently struggling to land the Borussia Dortmund star, with the Red Devils adamant they won’t pay the player’s £108m asking price.