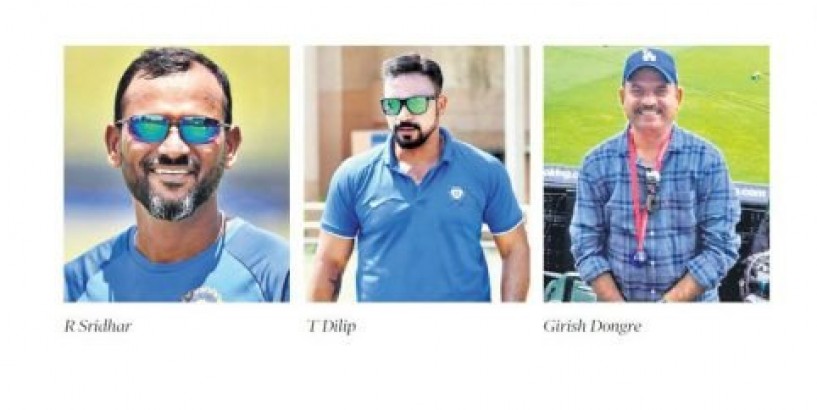 Something to cheer about for Hyderabad cricket

Hyderabad: For Hyderabad cricket there was something to cheer about as there was big news on all-India front. Apart from former Ranji left arm spinner R Sridhar retaining his post as fielding coach of the Indian team, there were two other notable appointments that came as a surprise to the followers of the game.

Girish Dongre has been approved by the MSK Prasad-led committee to be the next manager of the Indian team succeeding Sunil Subramaniam while T Dilip made remarkable strides to be in the top three of the fielding coaches of the country; his first big assignment will be with the India A team during the South Africa A tour to India this month.

A livid Prasad, who came in for criticism after Hyderabad skipper Ambati Rayudu was dropped from the World Cup squad for not promoting Telangana players, has reportedly said he had never any grouse against any player of any particular State. According to him, the selection is done purely on merit.

Sridhar was a top contender for the post, but he came in for a competition when the South African Jonty Rhodes entered the fray. But the Hyderabad cricketer edged past Rhodes, who was considered one of the best fielders in his heyday, for the coveted job.

Prasad justified by retaining Sridhar as fielding coach. “We are convinced with skill sets of R Sridhar, he is supposed to be one of the best fielding coaches in the world today,” said Prasad.

The former India wicketkeeper further said R. Sridhar is one of the best fielding coaches in the world. “Unfortunately, in the World Cup, we had three wicket-keepers in the side and the combination was like that. Otherwise, he transformed the fielding unit so there is no second thought on that.”

In fact, Sridhar had the backing of head coach Ravi Shastri who believed that in the last four-five years, the biggest improvement has been in fielding. “And the endeavour is to make this side the best fielding team in the world. It’s a clear diktat to whosoever wants to play in this team to have spectacular standard of fielding, especially in white ball cricket,’’ said Shastri after his re-appointment.

Girish, who was close to late MV Sridhar, had also been coach of the Hyderabad under-13 and under-16 teams in the past.

Dilip has been making a mark in the National Cricket Academy’s assignments. He has been the fielding coach of the Hyderabad Ranji team for the last few years. Former Ranji opener Vijay Mohan Raj said he was happy that BCCI has recognised Dilip’s hard work. “He deserves the new assignment. I’m impressed with his work ethics and he has good knowledge of the game. Most importantly, he is a dedicated coach.’’