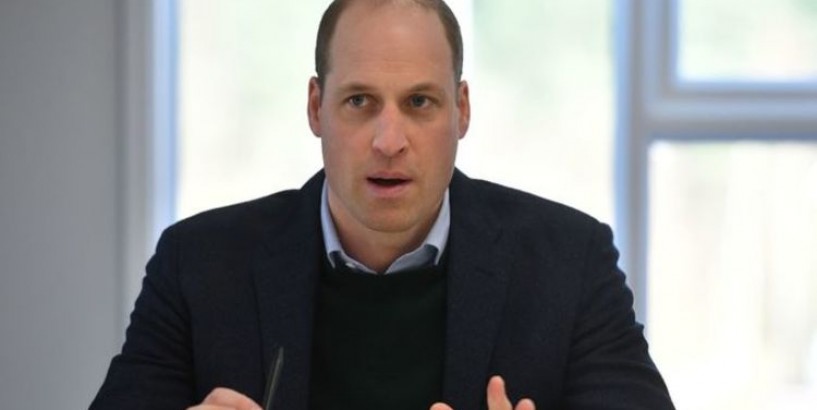 The Duke of Cambridge confessed that when he played football “everyone wanted to break my legs.” And his solution was to have one of his protection officers point a laser pen at one of his rivals, but the scare only kept him away for ten minutes.

Trending The future king shared the anecdote, along with some embarrassing stories during an appearance on BBC Radio Five Live’s That Peter Crouch Podcast.

During the laid-back discussion, William and the former footballer and podcast host drank beer and even had a curry delivered to the studio.

William also took the opportunity to talk about Heads Up, his mental health initiative.

The campaign focuses on urging football fans to talk about their feelings in order to improve their mental health.

Prince William reveals his bodyguard posed as a sniper to scare football rival (Image: Getty) The podcast was recorded before lockdown started and it contains a catch-up video call from earlier this month.

Speaking of the mischievous prank, William said: “A long time ago, I got one of my policemen to take a laser pen out with them.

“And I got him to red mark, red dot one of the players.

The Duke of Cambridge confessed that when he played football 'everyone wanted to break my legs' (Image: Getty) Related articles Prince William reveals what ‘sealed the deal’ with Kate Middleton Prince Harry wanted Archie to be 'best friends' with his cousins Mr Crouch asked him if he was “pretending to have a sniper on him”.

The Duke said: “Exactly. It put him off for about, you know, ten minutes.”

The Heads Up campaign is a joint collaboration between Heads Together and the Football Association, which the Duke is president of.

He hopes the initiative will “help show the world that our mental health is just as important as our physical health”.

Coronavirus cases MAPPED: 9 areas with over 100 cases in the last week [INSIGHT]

Former footballer and podcast host Peter Crouch (Image: Getty) During a speech to delegates on the opening of the campaign, William said: “We wouldn’t think twice to ask a mate how he was doing after he broke an arm or an ankle.

“We wouldn’t hesitate to talk about our routine at the gym, or even our need to make it a bit more regular.

“But when it comes to our mental health, we — and, by we, I mean men in particular — often have nothing to say at all.

“When we see a friend that looks down, too many of us don’t know how to ask if he’s okay. When we ourselves feel down, we are often ashamed to say we need help.

“And when we know we need help, we don’t know where to start.

“The consequences of this silence — confusion, stigma, and even shame — have reached a crisis point in the UK.

The Duke of Cambridge poses with players of Everton F.C. Seamus Coleman, Tom Davies, Jordan Pickford, Theo Walcott and Dominic Calvert-Lewin (Image: Getty) Related articles Prince William makes ‘embarrassing’ confession over lockdown challenge Prince William reveals his big dream for Prince George “At its worst, it has led to appalling rates of suicide in this country — the leading cause of death for men under 45.

“Every day, failing to tackle mental health means that we are not reaching our potential at work. When you struggle in silence, you cannot give it your all.

He added: “We are here today to take a big step in shattering this silence. We are going to use one of the most powerful, unifying forces in our society — football — to start the biggest ever conversation on mental health.

“Heads Up will show men we all have mental health just like we have physical health. Building on the amazing attitude that led England to the World Cup semi-finals, it will show us all mental fitness is just as important as physical fitness.”