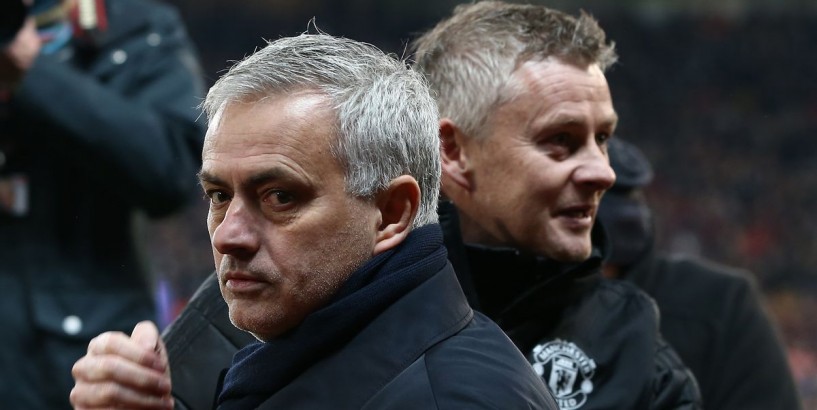 Share By Dominic Booth 06:00, 13 AUG 2020 Sport opinion Ole Gunnar Solskjaer is going some of the way to bettering Jose Mourinho at United (Image: 2019 Manchester United FC) What is football heritage?

Jose Mourinho claimed to have a thorough definition when, following a Manchester United defeat to Sevilla in the 2018 Champions League last 16, he held an extraordinary and memorable press conference.

The rant is still ingrained in the minds of United supporters and will be particularly relevant this weekend when United and Sevilla remake their acquaintance in the Europa League semi-final.

"The fans have the right to their opinions and reactions," Mourinho began after seeing his side lost 2-1 at Old Trafford, ending their European hopes for the season. "But there is something that I used to call football heritage. I don't know if, I try to translate from my Portuguese, which is almost perfect, to my English, which is far from perfect, football heritage."

He went on to list United's achievements in the Champions League since they reached the final in 2011 under Sir Alex Ferguson. Mourinho noted that United had only once reached the quarter-final of the competition in that time, in 2014.

He added: "So in seven years with four different managers, once not qualify for Europe, twice out in the group phase and the best was the quarter-final, this is football heritage. And if you want to go to the Premier League, the last victory was 12-13 and in the four consecutive seasons United finish seventh, fourth, fifth and sixth. So in the last four years the best was fourth.

"This is football heritage."

Well, for a start his memory is seemingly a fair bit longer than Mourinho's. The Portuguese's comments were outrageous for several reasons, not least in how he ignored United's incredible erstwhile European achievements under Ferguson, especially between 1999 and 2011, reaching four finals.

Unlike Mourinho, Solskjaer is not shy of referring to the Ferguson era. Quite the opposite in fact, he embraces it and speaks openly about the desire to bring those days back to Old Trafford. 'United DNA' is a term that jars a little with some, but it reflects the project Solskjaer is trying to build, taking the club back to their roots under his old mentor Ferguson.

Mourinho was trying to create his own history at United, fair enough. But after the "heritage" rant, his days were numbered. Supporters became completely alienated and his approach looked outmoded and stale.

United's line up against Sevilla in March 2018 Perhaps Solskjaer had in mind the team Mourinho picked in that second leg against Sevilla when he selected his side to face Copenhagen on Monday. Because there were only two survivors: Eric Bailly and Marcus Rashford.

Compare Solskjaer's team to Mourinho's from the first leg — a goalless draw in Seville — and difference is even more stark.

Not one United player started that 0-0 as well as the Copenhagen quarter-final earlier this week. Okay, Matic, De Gea and Victor Lindelof are still in Solskjaer's plans, as well as Scott McTominay who started in 2018 versus Sevilla, but Rashford, Anthony Martial and Paul Pogba were all on the bench. Solskjaer's side included that trio, youngsters Brandon Williams and Mason Greenwood, plus three of his own signings.

View gallery This reflects perfectly what Solskjaer has done at Old Trafford in the 20 months since he inherited Mourinho's job. He has moved older players on (Valencia, Young), he's sidelined those who are underperforming (Lingard) and he has been ruthless by selling others who Mourinho considered integral (Lukaku, Sanchez, Fellaini).

He has put pace and natural talent at the forefront of his revolution, in line with United's philosophy under Ferguson, while leaning more heavily on the club's academy than Mourinho ever did.

In short, Solskjaer has placed a greater emphasis on 'heritage' but in a way that prioritises the future. He may not defeat Sevilla on Sunday night and even if he does, it will only be the Europa League — a competition Mourinho is always keen to remind us that he won.

But he knows what truly matters at Old Trafford and over the next season or two, not just the next 90 minutes, he can truly expose Mourinho's shortcomings at Manchester United.