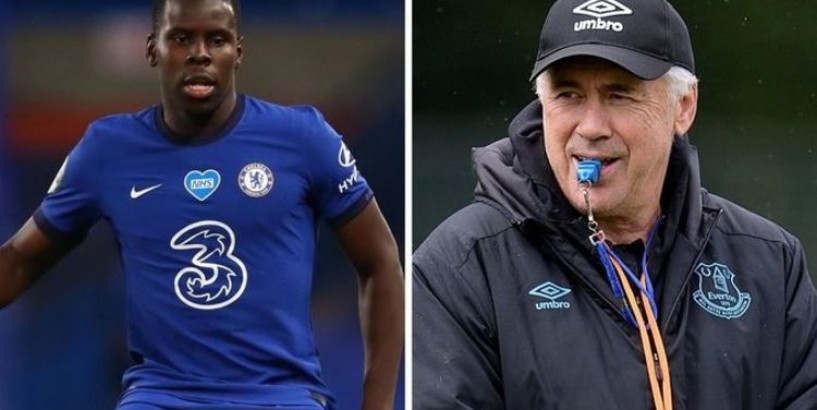 Everton are reportedly planning to approach Chelsea about signing Fikayo Tomori on a season-long loan. The Toffees have been quiet in the summer transfer window so far.

But the 19-year-old is expected to feature more for the under-23 side.

Carlo Ancelotti desperately wants to bring in some new recruits with the new season starting in just under three weeks.

Making Everton stronger defensively appears to be his main aim in the transfer window and they are reportedly closing in on a deal to sign midfielder Allan from Napoli.

Everton want to make another loan deal with Chelsea (Image: GETTY) Reports have suggested a deal has already been agreed for a fee worth £31.5million.

And Everton plan to follow that up with an approach to Chelsea to sign Tomori on a season-long loan, according to The Telegraph .

Tomori was one of several promising young Chelsea players who made the breakthrough into the first team under Frank Lampard last season.

Antonio Rudiger's injury at the start of the campaign gave Tomori a chance to showcase his talents and he largely impressed.

Trending READ MORE Chelsea credited for avoiding transfer 'risk' with Thiago Silva deal But the 22-year-old didn't feature in any of Chelsea's games after the restart and was only included in the match-day squad on three occasions.

He looks set to fall down the pecking order even further if Chelsea complete the signings of free agent duo Thiago Silva and Malang Sarr.

Silva is expected to be confirmed as a Chelsea player in the coming days after agreeing a two-year contract.

Sarr, meanwhile, has attracted interest from a number of clubs across Europe, but the 21-year-old has reportedly agreed terms on a four-year deal at Stamford Bridge.

Fikayo Tomori may be available for loan (Image: GETTY) READ MORE Thiago Silva to Chelsea transfer is 'done' with announcement due That could leave Tomori looking for regular first-team football elsewhere and Everton are willing to offer him that.

Everton may hold the upper hand when it comes to negotiations with Chelsea as well.

They helped improve Kurt Zouma's game when the Frenchman moved to Goodison Park on loan in 2018.

Chelsea will unlikely want to sell Tomori so a loan move for the defender to gain regular first-team football in the Premier League may once again be the best option.