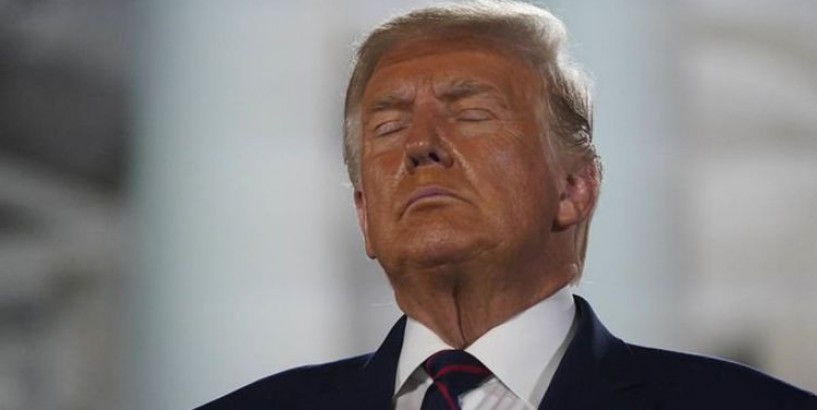 On the final night of the Republican National Convention, Mr Trump delivered a speech condemning his Democrat rival. His speech claimed Mr Biden will “demolish” the US , continuing an “apocalyptic” theme that has been consistent throughout the weekend. Recent nationwide polling has been putting the Democrat ahead of the incumbent president to win the 2020 election.

Trending The RNC has attempted to reignite Mr Trump’s campaign, but experts think the events attacks on the Democrats won’t appeal.

John Owens, Professor of US Government and Politics at the University of Westminster, told Express.co.uk that the election will most likely be a win for Mr Biden.

He said: “I think it’s highly likely Biden will win the popular vote and the Electoral College.

“Biden is ahead in the 6 or so battleground states and only needs 3 of them to win.”

Donald Trump news: John Owens has said the President will 'likely' lose to Joe Biden (Image: PA) Mr Owens goes on to say he agrees with assessments the convention has featured “dystopian” speeches, which could push undecided voters away.

He added: “Warnings of chaos, anarchy and lawlessness, wrought by the “radical left”, if Biden wins, and messages emphasising white grievance and entitlement, him saying “Black l ives are “a symbol of hate”, and so forth will likely not work; he used the same tone in the 2018 midterms, and that didn’t work.

Mr Owens also said the messaging would mainly appeal to existing Republican voters, which he believes “will support him in any event”.

He added: “I don’t think these messages will appeal to the independents, Republican college-educated women, and other groups who polls suggest are deserting him."

Donald Trump news: Polling has put the Democrat ahead of Mr Trump for the last few months (Image: PA)

Donald Trump news: Mr Trump spoke for over an hour at the RNC (Image: PA) Polling data over the last few months has seen support for Mr Trump drop in key demographics, such as independent voters.

YouGov polling from August 23 to August 25 showed Mr Biden with a slight lead in support over Mr Trump with independent voters, at 43 percent to 39.

Mr Owens suggests this dwindling appeal may cause problems on November 3.

He said: “Trump’s fundamental electoral problem is that he has not expanded his electoral base since 2017, and has not seriously attempted to do so.”

In his speech, which lasted more than an hour, he painted a dark picture about Mr Biden’s potential presidency.

He said: “This election will decide whether we save the American dream, or whether we allow a socialist agenda to demolish our cherished destiny.

“Your vote will decide whether we protect law-abiding Americans, or whether we give free rein to violent anarchists, agitators, and criminals who threaten our citizens.”

Donald Trump news: It comes after the President took part in a FEMA meeting over Hurricane Laura (Image: PA) The speech came after Hurricane Laura made landfall in the US, causing severe devastation, and after it was announced US coronavirus deaths had reached over 180,000

He said: “This combination of events may very well overwhelm any gains from the convention, which in any event tend to be small.

“Trump had a bit of a bounce in 2016 but it was smaller than Clinton’s - and look what happened.”