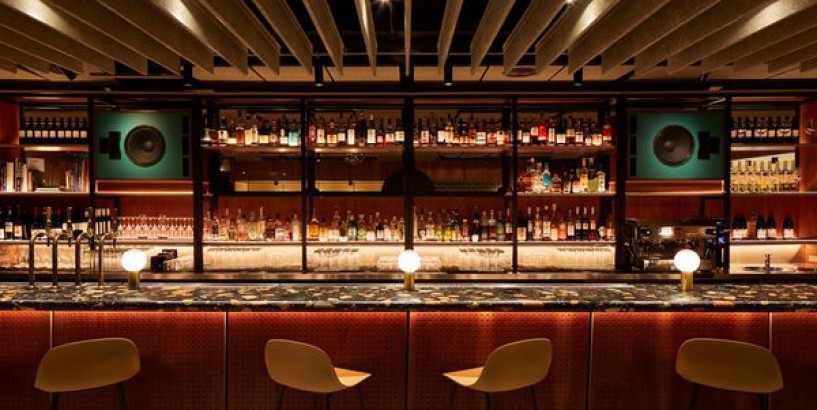 What To See, Do And Book In England Right Now

One of the busiest places in the world, at any given moment, there are thousands of new and vibrant events taking place across London and the rest of the country. Classics and emerging talent, cutting-edge chefs, voltaic writers and eccentric artists, the English have it all in spades. From seaside regattas to Mayfair galleries submerged in mud, we tour the best sights and sounds to experiences this summer and beyond. Antony Gormley At The Royal Academy of Arts

Antony Gormley has descended on the Main Galleries of the Royal Academy. The exhibition made headlines long before it opened, due to the decision to flood one of the galleries with mud and water as part of an installation. No stranger to Herculean feats, Gormley is perhaps best-known for his 200-tonne Angel of the North installation near Gateshead, and his Trafalgar Square project, which made use of 24,000 members of the public. Back at the RA, some of Gormley's rarely exhibited works from the 1970s and 80s will also be on display.

Antony Gormley at the Royal Academy of Arts , London (21 September – 3 December 2019) Supported by BNP Paribas who are offering free access to 17-25s on select dates with the AccessArt25 programme

A view of Heckfield Place

Courtesy of Heckfield Place Adam Rattray, the head of History of Art at Wellington College (who trained at Wartski and Christie's Auctioneers, and studied art history at Cambridge and history at Bristol) is heading to Hampshire on 13 August to give a 40-minute talk on Impressionism at Heckfield Place. Rattray will introduce guests to the lesser-known, behind-the-scenes stories from some of the biggest names of the period.

Regent's Park Open Air Theatre Jamie Lloyd directs Tim Rice and Andrew Lloyd Webber's iconic musical Evita as part of this summer's Regent's Park Open Air Theatre season. The alfresco show follows the life of Evita Peron from her time at the top of the charts in the 1970s to her role as the beloved First Lady of Argentina. This summer, the spirit and sounds of Buenos Aires is being transported to the heart of central London.

Paul Wyeth Created in 1826, Cowes Week is the oldest and largest annual sailing regatta in the world. Taking place from 4-11 August, over the course of the eight days, 100,000 people gather to watch 1,000 boats and 8,000 competitors in 40 different races each day. A highlight of the British sporting calendar, spectators can watch from the shore or choose to head out onto the water for optimal views.

Spiritland Spiritland has been building up a following with its King's Cross studio and café and its Headphone Bar in Mayfair. Now the team behind the atmospheric bar and music venues has opened Spiritland Royal Festival Hall. Inspired by talk show sets and sound studios of the 1970s, this 180-seater restaurant and bar offers the ideal hideaway from everything from an early morning coffee to a working lunch or a late-night out. A piquant menu is prepared from the open kitchen and grill, complemented by the scorching sound system. Equally, take note of the robust and diverse calendar of events and music nights.

Miranda Porter After losing her job in corporate fundraiser at Kids Company when the charity closed, Charlie Porter took her passion for antiques and translated it into a new career. Playful, affordable and eclectic, Charlie founded Tat London , an online antiques and vintage shop. Her Instagram following is swelling daily. Regardless of your budget, room size, or aesthetic - trawl through Charlie's selection of the very best decorative items from around the country. High-thread-count linens, brightly hued ceramics, brassy sconces - if you've pictured it, Charlie has sourced it. Never again will you be at a loss for a wedding, birthday or housewarming gift.

Solid And Stripe At The Mark

Solid & Striped for The Mark Hotel

Solid & Striped The Mark Hotel in New York has long been one of the city's most-coveted destinations - after all, it's the go-to place each year after the Met Ball and it's where Meghan Markle chose to hold her A-list baby shower. This summer the hotel has partnered with Solid & Striped, the New York-based fashion brand that makes suave and simple beach ware using the best fabrics sourced from Europe and Japan. Created by lead designer Morgan Curtis and brand founder Isaac Ross, the capsule collection borrows The Mark’s iconic black and white striped motif and is exclusively available at the hotel’s online boutique, Le Shop.