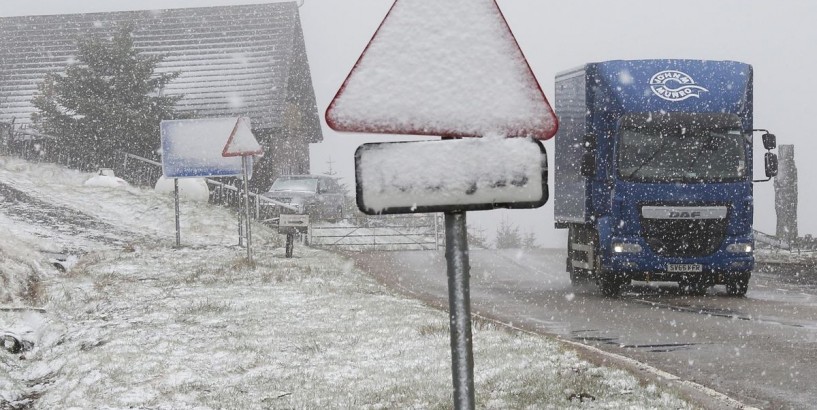 Temperatures have plummeted to -5C in parts of the UK with Brits to wake up to a widespread frost, warns the Met Office . The overnight lows in Wales and Scotland come close to the cold snaps felt over Christmas, with forecaster Matthew Box admitting they are more akin to March nights than late spring.

While photos show the impact of blizzards in the Highlands yesterday.

However, things will warm up as the week goes on with 'summertime' highs of up to 22C by the weekend and drier, finer weather next week.

Speaking to the Mirror Online, Mr Box said: "Coming towards the end of spring, these temperatures are a bit more unusual.

"You'd expect these sorts of temperatures in April or March, but it's not completely uncommon. It's certainly not the coldest."

The meteorologist went on to say the colder air across the UK this week mixed with clear skies means "frosty mornings" for many.

But other areas, including parts of Northern Ireland and Scotland, will continue to be hit with outbreaks of rain.

"Next week it's looking like we will see the high pressure stay with us," added the Met Office forecaster.

"So it does look like dry and fine weather from the 20th and beyond."

Yesterday, BBC meteorologist Ben Rich said high pressure is currently sitting to the west of the British Isles bringing isobars from the Arctic bringing in the unwelcome cold air.

But that pressure will begin to shift east and then southwards as the week goes on which will allow "some significantly warmer air" to move in, and Brits can "expect those temperatures to begin to climb".

Saturday's 25C highs were replaced with plummeting lows by Sunday, with some parts of the UK struggling to reach double figures.

At the time, the Met Office's Greg Dewhurst said: "It's not too often we see changes in temperature like that. Probably every 15 or 20 years or so. We get more subtle changes in the UK, usually."

He then confirmed the last time such a day-to-day drop was seen in Britain was in July 1994 .

"It's generally because the UK is not a continent like America or Europe - which see these drastic changes fairly often. We are an island so it's less common," he said.

"But it's a big drop. Everyone will feel the cold," he added.

UK 5 day weather forecast Today: Starting cloudy for some but many areas dry with some sunshine by afternoon. The odd shower is possible, most likely in eastern areas but even here some sunshine. Breezy for some and feeling rather chilly, after early frost in places.

Tonight: Light showers in some southeast coastal areas and patchy rain in the far north. Elsewhere, clearer skies, leading to another cold night with frost in a number of areas.

Thursday: Rather cloudy with patchy rain in the north, while the odd light shower affects the extreme southeast. Elsewhere sunshine at times and with lighter winds it should feel somewhat warmer.

Outlook for Friday to Sunday: Across central and southern areas it will be dry with sunny spells. Further north it will often be cloudier with some rain or showers, especially in the northwest. Warming up.