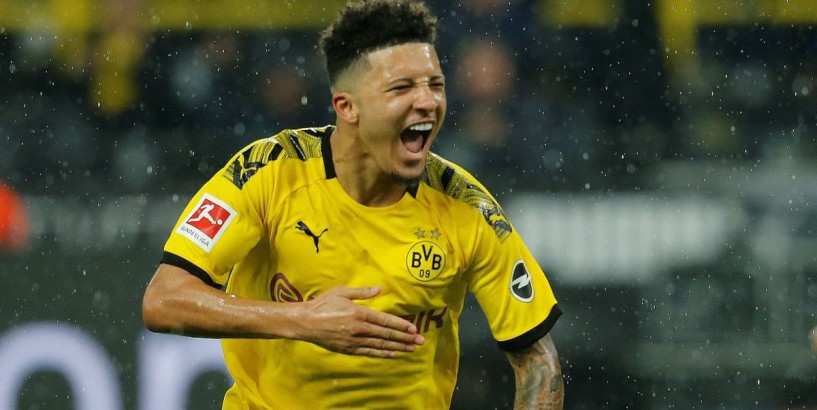 It is debatable whether Liverpool need to make many more improvements after signing Takumi Minamino from Red Bull Salzburg, with the world and European champions currently 13 points clear at the top of the Premier League.

But former Anfield midfielder McAteer urged Jurgen Klopp to snap up £120million-rated Sancho to provide extra competition for Liverpool's frontline, saying the teenager would thrive under the Reds manager.

“I doubt Jurgen Klopp feels under any pressure to make any more moves in the transfer window, though if there’s one player I’d love to see him bring to Anfield, it’s Jadon Sancho," said McAteer in an interview with the Racing Post .

“Sterling might not have naturally brought into Pep Guardiola’s unique philosophy but he has and the upshot is that this once erratic talent is now one of the finest players in the Premier League.

Trent Alexander-Arnold has flourished under Jurgen Klopp, and Sancho can do the same (Image: PA) Read More Mirror Football's Top Stories Transfer news LIVE Every completed Premier League deal Merson almost killed himself a year ago Solskjaer snaps back at RVP criticism “Klopp has a similar aura and Trent Alexander-Arnold is a classic example of a player who has flourished under the German where he may very well not have done under someone else.

“Sancho at Liverpool would be brilliant for him and the club. He could play anywhere along that front three and looks a genuinely class act.”

Sancho has scored 12 goals and created 12 assists in all competitions for Dortmund this season, and has recorded a sensational eight goals and five assists in his last eight matches.