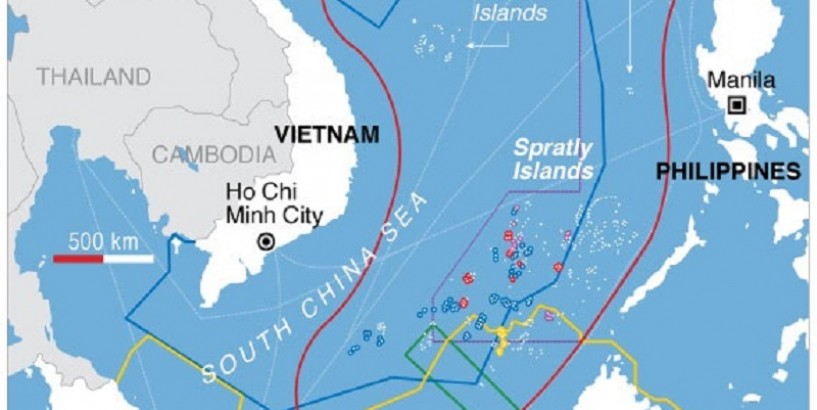 The US has imposed a visa ban on members of the Chinese Communist Party (CCP) regime, People's Liberation Army (PLA) and some state-owned businesses responsible for the occupation and militarization of the disputed South China Sea.

In a statement issued by the State Department on Wednesday, Secretary of State Mike Pompeo said that from August 26 it has begun "imposing visa restrictions on People's Republic of China (PRC) individuals responsible for, or complicit in, either the large-scale reclamation, construction, or militarization of disputed outposts in the South China Sea, or the PRC's use of coercion against Southeast Asian claimants to inhibit their access to offshore resources".

The visa restrictions effectively ban the entry of not only the members of the CCP regime, the PLA, but also private individuals and businesses of the PRC, complicit in the occupation of the South China Sea.

"These individuals will now be inadmissible into the United States, and their immediate family members may be subject to these visa restrictions as well," the State Department said.

In addition, the US Department of Commerce has added 24 PRC state-owned enterprises to the Entity List, including several subsidiaries of the China Communications Construction Company (CCCC).

Claims by countries in the South China Sea Wikimedia Commons Since 2013, the PRC has used its state-owned enterprises to dredge and reclaim more than 3,000 acres on disputed features in the South China Sea, destabilizing the region, trampling on the sovereign rights of its neighbors, and causing untold environmental devastation, the US government said.

The CCCC, the State Department said, led the destructive dredging of the PRC's South China Sea outposts and is also one of the leading contractors used by Beijing in its global 'One Belt One Road' strategy.

The US said that the CCCC and its subsidiaries have engaged in corruption, predatory financing, environmental destruction, and other abuses across the world.

"The PRC must not be allowed to use CCCC and other state-owned enterprises as weapons to impose an expansionist agenda," Pompeo said in his statement.

The US, he warned, will act until Washington was convinced that Beijing discontinues its coercive behaviour in the South China Sea.

The US supports a free and open South China Sea, he said, adding that Washington respects the sovereign rights of all nations, regardless of size, and seeks to preserve peace and uphold freedom of the seas in a manner consistent with the international law.

"In July, I announced an updated policy regarding Beijing's unlawful maritime claims in the South China Sea and emphasized that the US was prepared to take firm action to oppose Beijing's campaign of bullying," Pompeo added.