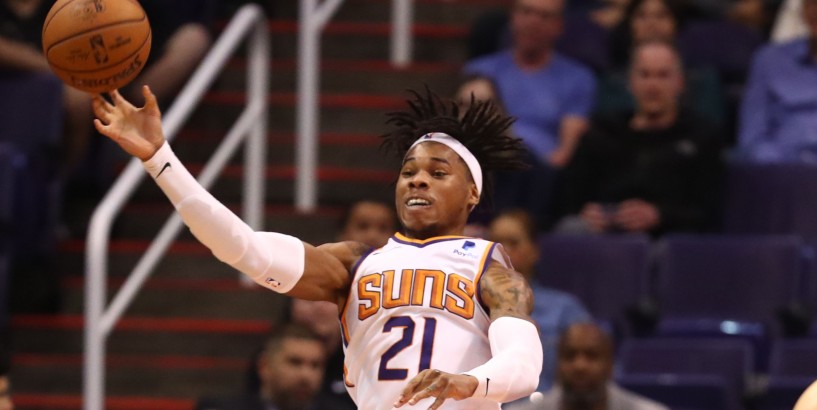 Suns stumble out of gate again, get blown out in Portland

PORTLAND, Ore. — Damian Lillard had 25 points and eight assists before sitting for the final quarter and the Portland Trail Blazers snapped a three-game losing streak with a 108-86 rout of the Phoenix Suns on Thursday night.

Jake Layman came off the bench to score a career-high 24 points for the Blazers, who had lost six of their last seven games. Portland led by as many as 31 points.

Troy Daniels had a season-high 15 points for the struggling Suns, who were held to nine points in the first quarter for the second consecutive game and have lost seven straight. Phoenix has just four victories this season, and just one on the road.

The Suns started three rookies, Elie Okobo, Mikal Bridges and center Deandre Ayton for the second straight game and third time this season. Phoenix missed T.J. Warren for the fourth straight game because of right ankle soreness and Devin Booker for the second game because of a left hamstring strain. Booker is the team's top scorer, averaging 23.5 points, while Warren averages 17.7.

The Blazers were without starting guard CJ McCollum because of a sprained left ankle. McCollum was hurt in the fourth quarter of Portland's 111-102 loss at Dallas on Tuesday. Seth Curry started in his place against the Suns.

The Blazers barely missed McCollum, jumping out to a 26-5 lead after Lillard's 3-pointer. Lillard and Layman both had 15 points in the period.

Portland led by as many as 27 points in the first half and went into the break ahead 62-41. The gap remained at 20-plus points throughout the third quarter as the Blazers took an 87-61 lead into the final period.

Suns guard Jamal Crawford showed frustration at the end of the third by slamming the ball down before heading to the bench.

It was the first of a back-to-back for the Suns, who host Miami on Friday.

Suns have to address competitiveness again after embarrassing loss to the Kings Unaggressive Deandre Ayton compounds Suns' embarrassing start in loss to Kings What are the Suns going to do with Trevor Ariza?