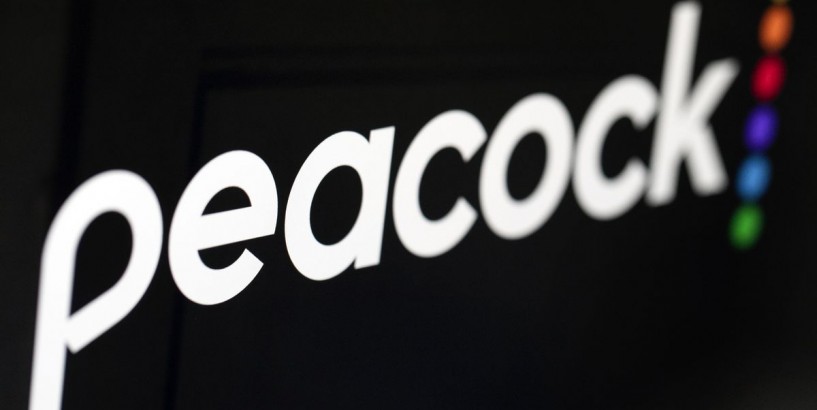 The streaming wars continue to evolve with each passing month, as new streaming services come into the foray.

What began as a battle between Netflix, Hulu and Amazon Prime has recently blossomed into an all out war between Disney, NBC, Amazon, Netflix, Quibi, HBO and more. Everyone is chiming in with their own streaming service projects, hoping to lure in viewers.

We’ve collected a bunch of information on each of the top streaming services based on our previous reporting. This list is not all-inclusive and will be updated as new information becomes available.

Peacock Cost: Free (limited content); $4.99 per month (premium content and ads); $9.99 per month (premium and no ads). What you’ll get: Plenty of content from the archives, like “30 Rock,” “House,” “Friday Night Lights” and “Everybody Loves Raymond,” among several others. Dramas include “Yellowstone” (which is filmed in Utah), “Downton Abbey,” and “Law and Order.” There are top-level comedies like “King of Queens,” “Two and a Half Men,” “Cheers” and “Everybody Hates Chris.” Despite some of these shows running on other networks, NBCUniversal owned the production rights, allowing them to run on this streaming service instead of CBS, Hulu or HBO Max. What you won’t get: There’s no access from Roku or Amazon Fire sticks. Peacock remains only accessible through certain smart TVs, laptop and desktop apps, and websites. Viewers also won’t get “The Office” until it leaves Netflix next year. You won’t get “Friends” either, since that’s on HBO Max (the rights to that show are owned by Warner Bros, which runs HBO Max). HBO Max Cost: $14.99 per month. What you’ll get: HBO Max includes the entire “Harry Potter” franchise, so that’s cool. You also get “The Matrix,” “Lord of the Rings,” “Wizard of Oz,” “Casablanca” and “The Big Bang Theory.” The popular sitcom “Friends” also appears on HBO Max. What you won’t get: Access through Roku or Amazon Fire sticks. Grabbing access to HBO Max has been a major issue with the platform so far. Quibi Cost: $4.99 per month (ads); $7.99 per month (no ads). What you’ll get: Quibi offers a lot of premium video content based on new shows. So there’s LeBron James’ “I Promise,” the “Most Dangerous Game” mini-movie and “Chrissy’s Court,” starring Chrissy Teigen. What you won’t get: Nothing old school. Everything on Quibi is new so you don’t get any older content from networks. Disney Plus Cost: $6.99 per month; $12.99 per month (Hulu and ESPN Plus combo); $69.99 per year. What you’ll get: Marvel, “Star Wars,” Pixar and plenty of Disney movies. You’ll also get some original shows like “The Mandalorian” and “High School Music: The Musical: The Series” reboot. Really, close to all of the old school Disney flicks or TV shows are hidden on this app. What you won’t get: Disney Plus slowly adds more films as it chugs along. Some movies — like “Star Wars” until just recently — had deals with other streaming services. You may see “Pirates of the Caribbean” pop up shortly. Disney Plus also doesn’t offer any mature content above a PG-13 rating. CBS All-Access: Cost: $5.99 per month; $9.99 per month without commercials. What you’ll get: CBS All-Access comes with shows like “Star Trek: Picard,” “Survivor,” “Young Sheldon” and basically anything that airs on CBS. including late night shows like “The Late Show with Stephen Colbert” and “The Late Late Show with James Corden.” The network includes some original shows like the “Good Wife” spinoff “The Good Fight” and the upcoming reboot of Stephen King’s “The Stand.” You also get live television, including CBS, CBSN, CBS Sports HQ, and ET Live 24/7 . What you won’t get: Some markets don’t include all the live television shows, so you’ll have to review the list. Apple TV Plus Cost: $4.99 per month. What you’ll get: The service launched with nine different original series, which included stars Reese Witherspoon, Jennifer Aniston, Jason Momoa, Oprah Winfrey and more. The new Tom Hanks film “Greyhound” is available on the app as well. What you won’t get: There’s not a lot of older content here. Sure, they rebooted Steven Spielberg’s “Amazing Stories.” But the product lacks any old television programs to binge on the weekend. Hulu Cost: $5.99 per month (with ads) or $11.99 per month (no ads). What you’ll get: Hulu has a large amount of old movies, television shows and programs. Top family-friendly ones include “Making It,” a show starring Amy Poehler and Nick Offerman. There’s also “I Love Lucy” and “The Dark Knight,” if you’re looking for some classics. What you won’t get: Hulu’s original content is a little slow-moving. “The Path” was one of the first major original productions that flamed out. Hulu often relies on films and shows you already know rather than creating much original content. Netflix Cost: $8.99 per month (basic); $12.99 per month (two screens); $15.99 per month (four screens). What you’ll get: Netflix is a leader in the streaming game. Right now, you’ll get “The Office” but that will change down the road when it moves over to Peacock. Original shows like “Fuller House” and “Lost in Space” are family-friendly options. Plenty of content on Netflix, including a few newer hit movies and classic films. By now, you probably know what you’ll find there. What you won’t get: Well, you won’t get “Friends” anymore, or “The Office” starting next year. You may soon see some of these network shows head to other services as their deals are cut short. Amazon Prime Cost: $8.99 per month. What you’ll get: Prime provides a good mix of new and original content. “Friday Night Lights” and “Mr. Robot” are two classic programs you can watch. The network also adds original films, too. So keep an eye out for those. There’s also some HBO content you might see on Amazon. What you won’t get: Sometimes movies on Prime require extra cash, so you won’t get totally free content. You may have to rent a newer movie. And Prime doesn’t offer as many network-based sitcoms and dramas as other networks do.