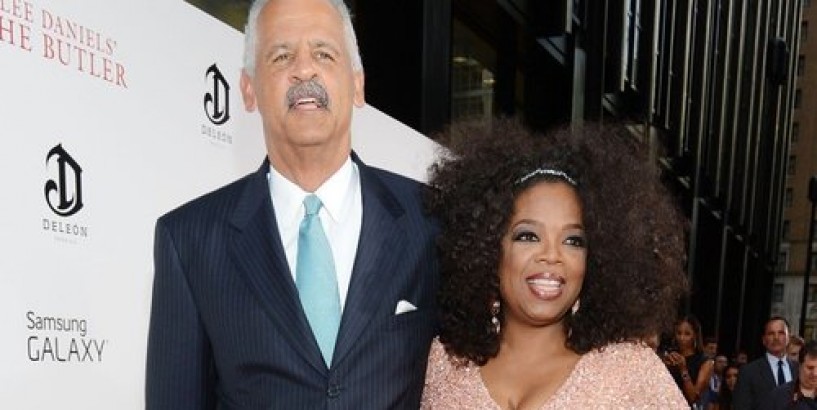 Oprah Winfrey is social distancing — and that includes staying six feet away from her long-term partner Stedman Graham.

Winfrey kept a sense of humor as she revealed on Instagram that Graham is actually self-quarantined in their guest house in Santa Barbara, California. She joined Oprah Magazine’s digital director Arianna Davis to talk about how she’s getting through her days.

“He’s at the guest house, because you all know I had pneumonia late last year,” Winfrey explained. “I had just gotten off of antibiotics last week, because I had a bronchial infection.”

Graham had been traveling for a speaking engagement and arrived home off a flight, so the couple is being extra cautious.

“Stedman did not arrive from Chicago until Thursday, he had been speaking in St. Louis. He’d been on planes,” Winfrey said, adding, “Stedman is like, ‘What’s the procedure for coming home?’ The procedure is, you ain’t coming and sleeping in my bed.”

Winfrey continued: “Literally, he goes, ‘I’m not?’ And I go,’Have you not been paying attention to the news?’ Social distancing does not mean you go and sleep in the same bed with the person when you just got off American Airlines.”

She even showed Graham hanging out in the window of the guest house, where he said, “The meals are dropped off at the door.”

Besides delivering meals to Graham, Winfrey said she’s perfectly content in her own company.

“I’m never bored, because I always have myself,” she said. “I never feel alone, have never felt alone, because I just love being with myself.”