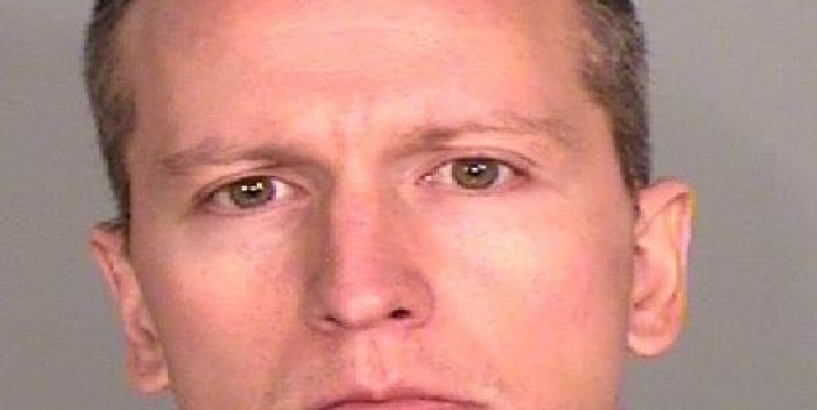 Eight officers of color at the Minneapolis jail, where George Floyd's murder-accused Derek Chauvin has been held, have filed a discrimination lawsuit saying the jail authorities have banned them from guarding Chauvin. A supervisor even told them that their race made them a potential 'liability' around Chauvin. The officers said they are not even allowed to be on the same floor as Chauvin.

The officers work as correctional officers at the Ramsey County jail, where Chauvin was lodged after charges of third-degree-murder and manslaughter were pressed against him. They accused the jail superintendent, Steve Lydon, of segregating them so that only white officers would guard Chauvin.

Twitter/Shaun King Bonnie Smith, the attorney for the eight guards, told NBC News on Sunday that her clients were asked to leave the fifth floor of the jail, where Chauvin was held. The attorney said white officers were brought in to guard Chauvin. It made them feel 'humiliated' and debased, as if their supervisors didn't trust them, Smith said.

His clients are "highly trained, experienced professionals in dangerous and volatile situations" and were equally equipped as their white counterparts to perform their duties, Smith said. The fact that they weren't allowed to, has 'devastated' them, he added.

In the discrimination complaint, a black officer wrote that he understood that the decision was made as they could not be trusted to work professionally around the high-profile inmate, solely because of their skin color. But he isn't aware of a similar situation "where white officers were segregated from an inmate", Star Tribune reported.

As per the lawsuit, the officers have sought monetary compensation, training on racial bias for all jail employees, a formal and public apology. They also say that those who made the decision should be disciplined.

Jail Authorities Respond As against the officers' claims, the Ramsey County Sheriff's Office has asserted that day only three officers were reassigned for a total of 45 minutes. Jail Superintendent Steve Lydon said he took the decision out of "care and concern", as "the murder of George Floyd was likely to create particularly acute racialized trauma", that could have been aggravated "by having to deal with Chauvin". That is why he decided to limit exposure to employees of color to Chauvin, he added.

In response, Smith said that Lyndon's statement "appears to be an after-the-fact justification". He added that his clients "never asked for protection" and Lydon's "care and concern" were not mentioned to the officers while they were being segregated.

The sheriff's office said it is reviewing the incident. By that time, Lyndon's role has been modified and an interim has been brought in his place.

On May 25, Chauvin, a white Minneapolis police officer, was caught on camera kneeling on the neck of George Floyd, an African-American man. Floyd died of the assault, sparking widespread protests over racism and police brutality throughout the country, as well as several cities around the world. Although Chauvin was initially charged for third-degree murder and manslaughter, his charges were enhanced to second-degree murder and second-degree manslaughter.