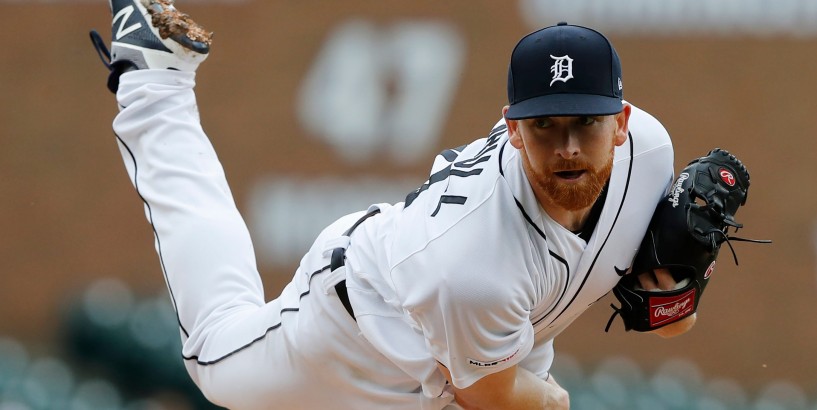 If the Tigers just could’ve avoided allowing that big inning. … But they couldn't. For the second time this weekend against the AL Central-leading Twins, the Tigers were doomed by an inning gone sideways. On Sunday, it was the top of the second inning, in which the Twins scored five runs against rookie righty Spencer Turnbull. Minnesota batted around, stringing together five hits against Turnbull. Jake Cave’s two-run single opened the scoring and RBI singles from Jason Castro, Jorge Polanco and Nelson Cruz put the Tigers in a hole they couldn't climb out of. The Twins won, 8-3 . Turnbull has struggled since coming off the 10-day injured list last month. He allowed six runs on eight hits in 4 ⅔ innings. Offensively, the Tigers didn’t do much against Twins righty Michael Pineda, who struck out nine batters in six innings. Victor Reyes had two hits and Jordy Mercer hit his seventh home run of the season. It was another struggle for Turnbull, who has not dealt with the league's adjustment to the natural movement of his pitches. Opponents appear to be betting on his early pitches to arrive outside the zone, working the count in their favor. Behind in the count, he’s forced to give in, which a team such as the Twins will take advantage of, as they did Sunday. Turnbull has allowed at least four earned runs in three consecutive starts. He struck out three batters and walked four. A day after the Twins hit six home runs to set the MLB record for homers in a season, they jumped on top of Turnbull with singles. Minnesota did their damage without a home run, scoring eight runs on 12 hits. Of those hits, only one — a Luis Arraez double in the second — went for extra bases. But the Twins have scored all season even without the home run; they demonstrated that ability on Sunday by going 7-for-12 with runners in scoring position. Just like last year, Reyes has gotten better as the season wears on. Reyes went 2-for-4 on Sunday, upping his average to .295 in 171 at-bats this season. With more playing time, Reyes’ numbers have improved; he hit .236 in July and then .321 in August. Though he has yet to show much power, he's still just 24 years old. Contact Anthony Fenech at afenech@freepress.com . Follow him on Twitter @anthonyfenech . Read more on the Detroit Tigers and sign up for our Tigers newsletter .