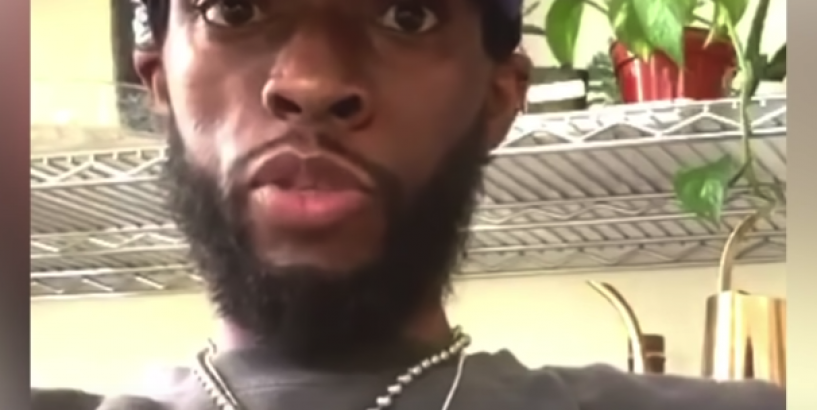 Chadwick Boseman, the man who brought 'Black Panther' to life, has died after a four-year battle with cancer. He was 43. The actor had been struggling with colon cancer since 2016 and died at his home with his family and wife by his side, according to a statement posted on his social media accounts on Friday.

"It is with immeasurable grief that we confirm the passing of Chadwick Boseman," the Instagram post said. "Chadwick was diagnosed with stage III colon cancer in 2016, and battled with it these last 4 years as it progressed to stage IV."

"A true fighter, Chadwick persevered through it all, and brought you many of the films you have come to love so much. From 'Marshall' to 'Da 5 Bloods,' August Wilson's'Ma Rainey's Black Bottom' and several more, all were filmed during and between countless surgeries and chemotherapy."

His character was first introduced to the Marvel universe in 2016′s "Captain America: Civil War," and his "Wakanda Forever" salute reverberated around the world after the release of "Black Panther" two years ago. Marvel Studios issued a statement on Twitter Friday night, saying that the actor's "legacy will live on forever."

The character was last seen standing silently dressed in a black suit at Tony Stark's funeral in last year's 'Avengers: Endgame.' A "Black Panther" sequel had been announced, and was planned for a 2022 release.

Fans became concerned about the actor's health in April after he posted a video on Instagram, in which he looked gaunt. Boseman shared the video to celebrate what would've been Major League Baseball's "Jackie Robinson Day."

Boseman famously portrayed Jackie Robinson in the 2013 biopic '42.' Typically held each season on April 15th, the anniversary of his Major League debut in 1947, it was announced that Jackie Robinson Day will instead be marked across the league on August 28th during the 2020 Major League Baseball season.

However, Boseman's fans were taken by surprise by his appearance in the video, in particular, his dramatic weight loss. Boseman looked different from his usual self in the clip with sunken eyes and his cheek bones showing, racking up hundreds of comments from concerned fans asking the actor about his health.

"Why are you looking so thin??" asked one user, while another commented, "Wishing you good health, King."

"Dude, I'm all in for this, but please reassure your fan base about your health 'cause even I am starting to be kinda worried," wrote a third user.

At the time, neither Boseman nor his reps offered an explanation on the matter. The video was since removed from his Instagram feed but can still be seen in the IGTV section of his profile .