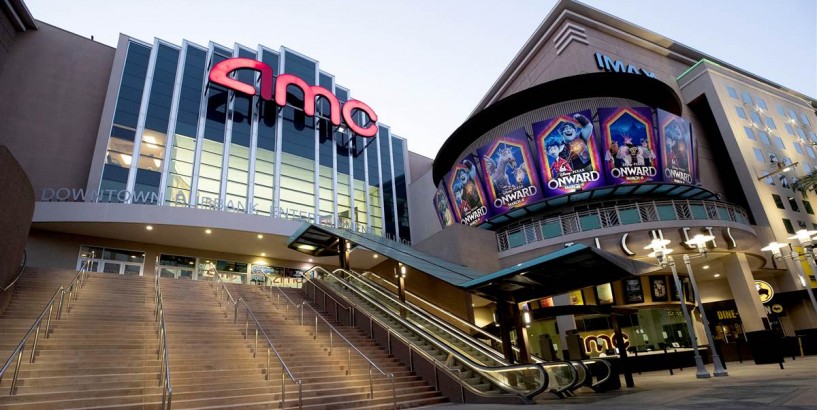 Movie studio Universal Pictures and top theater chain AMC Entertainment have reached an agreement that would allow new films to head straight into your living room after just three weekends in U.S. cinemas, a move that could have major implications for Hollywood's business model and the future of moviegoing. The deal, announced in a news release Tuesday afternoon, hands AMC the right to screen films from Universal and its art-house division, Focus Features, for 17 days in the U.S. — a dramatic departure from the traditional "theatrical window" of about 90 days. (Universal Pictures is a unit of NBCUniversal, the parent company of NBC News.)

After the 17-day window closes, Universal has the option to shift movies from theaters to "premium video-on-demand" services — including AMC Theatres On Demand, an iTunes-style platform that lets customers rent and buy movies. AMC, the largest theater chain in the world, will get a slice of the revenue that Universal generates during the first weeks a film is available in the home.

"The theatrical experience continues to be the cornerstone of our business. The partnership we've forged with AMC is driven by our collective desire to ensure a thriving future for the film distribution ecosystem and to meet consumer demand with flexibility and optionality," Donna Langley, chair of the Universal Filmed Entertainment Group, said in a statement accompanying the news release.

Download the NBC News app for breaking news and alerts

Universal is the studio behind lucrative, globally popular franchises such as "Jurassic World," "Fast & Furious" and "Despicable Me." It was not immediately clear whether competitors of similar size, specifically Walt Disney Studios and Warner Bros., would forge similar pacts with AMC and other leading theater chains.

The two companies did not announce an official start date for the deal, as the vast majority of movie theaters across the U.S. are still closed because of the COVID-19 outbreak.

Universal and AMC clashed three months ago after new NBCUniversal CEO Jeff Shell suggested that the studio would begin releasing movies in theaters and via on-demand platforms simultaneously, the strategy it used for the debut of "Trolls World Tour."

In response, AMC CEO Adam Aron said the company would no longer screen Universal movies at its more than 1,000 locations worldwide. The leaders of America's largest theater chains, which also include Regal Cinemas and Cinemark Theatres, have long been concerned that shrinking the theatrical window would deter consumers from buying tickets to popular new releases.

AMC appears to have softened its position in recent months, however, and Aron hailed the Universal agreement in a statement.

"AMC enthusiastically embraces this new industry model both because we are participating in the entirety of the economics of the new structure, and because premium video on demand creates the added potential for increased movie studio profitability, which should in turn lead to the green-lighting of more theatrical movies," he said.