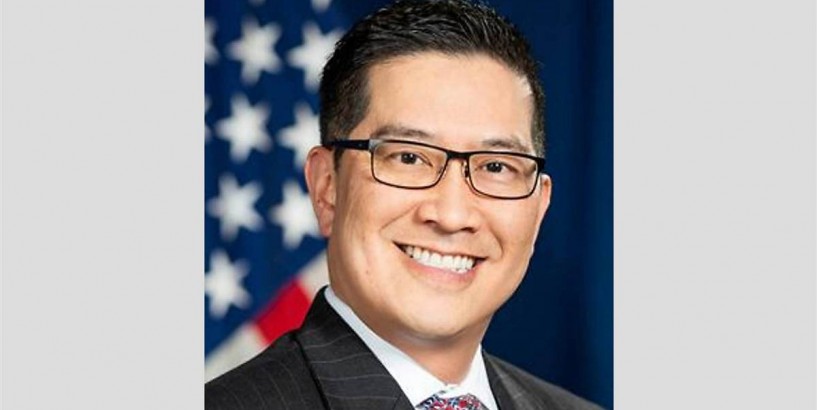 The Trump administration’s appointment of a Vietnamese refugee to lead Immigration and Customs Enforcement sparked anger among Asian American advocates, many of whom condemned the move as hypocritical. Tony Pham, whose family fled Saigon in 1975, previously served as the agency’s principal legal adviser. He was tapped on Tuesday to succeed Matt Albence as the new acting director.

Tony Pham. ice.gov During the Trump years, deportations of Southeast Asians have grown at an alarming rate . Pham’s nomination comes at a particularly fraught time for a group already reeling from the health and economic fallout of the pandemic. Earlier this month, ICE removed 30 Vietnamese Americans , including some refugees thought to be protected under a 2008 agreement between the U.S. and Vietnam.

“Trump appointing a refugee as the head of an agency that consistently violates the rights of refugees is a tactic commonly used to divide our communities,” Tracy La, the executive director of the California-based organization VietRISE, told NBC Asian America.

ICE did not respond to NBC Asian America's request for comment.

In an official statement , La added: “For Pham to have been a Vietnamese refugee does not mean that he will lead ICE and treat immigrants and refugees with dignity and honor the human rights that they deserve.”

For other advocates, Pham’s long career in law enforcement is a serious cause for concern. Prior to joining the Department of Homeland Security, he worked as a prosecutor in Richmond, Virginia, and as a superintendent at the Virginia Peninsula Regional Jail.

“Given that he’s already worked for ICE within this administration, and this administration has aggressively ramped up targeting of Southeast Asian refugee communities, we don’t feel optimistic that there will be a change in how ICE is run,” said Phi Nguyen, the litigation director at Asian Americans Advancing Justice–Atlanta, or AAAJ.

The way in which Pham frames his migration story also perpetuates the “good immigrant versus bad immigrant” narrative, experts said. Pham and his family became citizens a decade after resettling in the U.S. In an email to ICE attorneys, he stressed that he’d taken the “ lawful path to citizenship .”

Roughly 15,000 Southeast Asians face final removal orders — 80 percent of which are linked to underlying criminal convictions, according to a report from AAAJ. Among refugees at risk of deportation, Nguyen said, some are worried that Pham might adopt an even tougher approach to enforcement to distance himself, as an immigrant who had done things the “right” way, from undocumented immigrants and those who lost their legal status because of a conviction.

“Even those who aren’t incarcerated or deported but have deportation orders have to live in constant fear,” she said. “They can never fully feel safe in their homes.”

Pham’s emphasis on having followed the “lawful” track to citizenship diminishes the harshness of the nation’s immigration policies and the extraordinary hardships some families have endured, according to Katrina Dizon Mariategue, the acting executive director at the Southeast Asia Resource Action Center.

“For some immigrants who come and make it, there's a tendency to pull the ladder away from others to come and make it,” she said, adding that her own family became undocumented some years after arriving in the U.S. due to limited options to obtaining residency status. “It’s sad and disheartening.”

Just as important, she continued, a rhetoric that implies that Asian Americans with legal status are more deserving of rights prohibits the community from critically examining existing immigration laws — who created them and who they’re made for.

“For us,” she said, “it’s about pushing boundaries about not only what’s legal but what’s truly just in this moment.”

“AAPI representation in our government is important in order to uplift the needs of our community and ensure the well being of AAPIs through policies and legislation,” Roland Hwang, the organization’s vice president of public affairs, said in an official statement . “We hope Mr. Pham will remember his refugee roots, and Vietnamese American immigrant community, to counteract the Trump administration's anti-immigrant agenda.”

But a wide coalition of immigration activists have argued that ICE, as a fundamentally racist institution that upholds white supremacy, is beyond reform.

“ICE is a morally bankrupt agency that’s charged with enforcing rules that are inhumane,” Nguyen said, adding that it perpetuates “a cycle of displacement” and family separations with which many refugees are already familiar. “Pham does have discretion to make things a bit better. But at the end of day, it’s a system that needs to be completely abolished.”