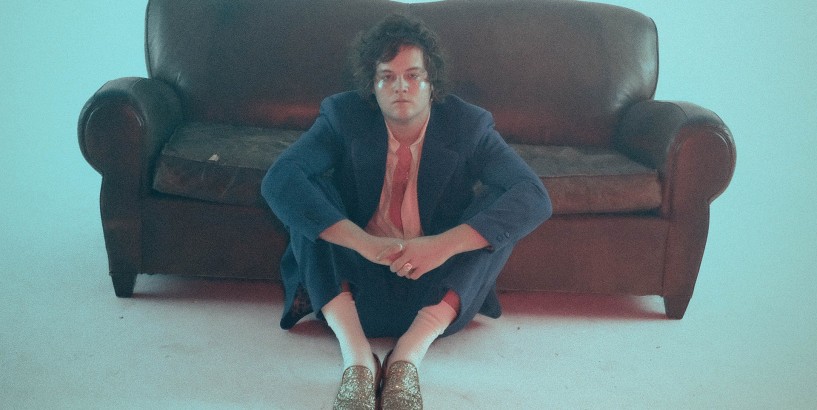 When Thunder Jackson was 19, he moved from his tiny Oklahoma hometown to Los Angeles with dreams of becoming a singer. Broke and restless, he spent his days singing on street corners until, one afternoon, he caught the attention of a stranger in a cab. Musician Pete Lawrie Winfield was riding up front in the UberPool along Hollywood Boulevard when he heard Jackson, a passenger in the back seat, singing along to Jeff Buckley on the radio. His soulful, yearning falsetto had Winfield immediately hooked and so their creative partnership was born, with the pair working together to produce Jackson’s debut album, due in October.

Today, Jackson is premiering the visuals for the second single, “Led Astray”, from the upcoming album, exclusively on his Vero channel. Directed by Winfield (best known for his band Until The Ribbon Breaks), the video is a dark, glamorous, neon-tinged riot, featuring Jackson dancing in all his rock star glory. As Winfield puts it, “Before we ever even made music together, my first impression of Thunder was that he preferred to live in a kind of a comic book of his own making… The beauty of Mr Jackson is that he is fearless when it comes to the desire to express himself through performance. I don’t know many 6ft 3in, 200lb Oklahomans that love to wear glitter and dance in golden shoes while circling a floating neon cube.”

The song itself is ridiculously catchy – an energetic but still-sultry fusion of erratic drum samples, warbling basslines and a punchy horn section, all brought together with Jackson’s incredible voice. “Led Astray” is centred on self-destruction, with Jackson saying that it’s about “a path that once sparkled and shined. A path you thought was the right one but is now the path leading you into destruction; leading you to places that are taking you further from the self you’ve worked so hard to discover. You pray, you call home, but nobody seems to pick up. Nothing seems to point towards the sun you once saw.”

Until 8 July, “Led Astray” is only available on Vero, where you’ll also find all things @Thunder Jackson , from exclusive tracks and performances to late-night musings and DJ sets. As a Vero music artist, Jackson has come up through the platform, which is a social network built for artists and creators (you’ll also find Winfield at @plw ). “In a time where so much content is flooded through media outlets, it’s refreshing to have a place to connect with other humans and walk away with something of substance and depth,” says Jackson. “It was a no-brainer to partner with a platform that, from the top down, genuinely cares about artists and wants to make a positive impact on the world through connecting creators and promoting their art.”

“Led Astray” is out on 8 July across all platforms.

Head over to Thunder Jackson’s profile on Vero now and don’t forget to follow us @BritishGQ while you’re there.