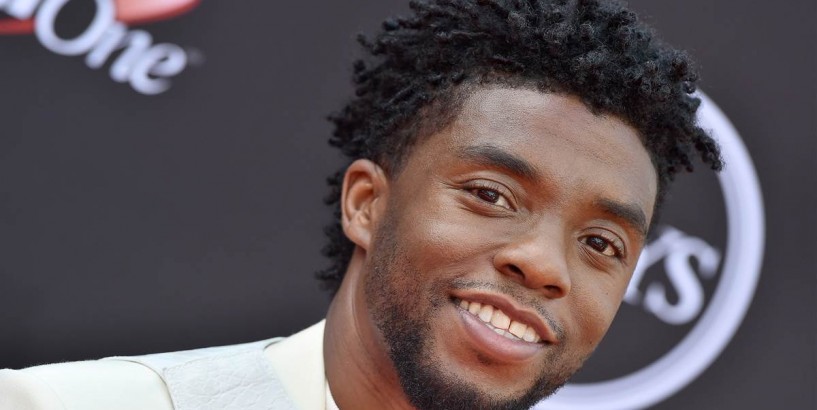 Hollywood remembers Chadwick Boseman as 'superstar on screen and in life'

Chadwick Boseman, the star of "Black Panther" died Friday of cancer , his family said in a statement. He was 43. They said Boseman had been diagnosed with Stage III colon cancer in 2016, which had progressed to Stage IV. Boseman died in his home, with his wife and family by his side, the statement, which was posted on his Instagram and Twitter accounts, said.

"It is with profound sadness that we mourn the loss of alumnus Chadwick Boseman who passed away this evening. His incredible talent will forever be immortalized through his characters and through his own personal journey from student to superhero! Rest in Power!" @HUPrez17 pic.twitter.com/8TFBTM0tlm

— Howard University (@HowardU) August 29, 2020 "A true fighter, Chadwick persevered through it all, and brought you many of the films you have come to love so much," the statement said. "From ‘Marshall’ to ‘Da 5 Bloods,’ August Wilson’s ‘Ma Rainey’s Black Bottom’ and several more, all were filmed during and between countless surgeries and chemotherapy."

He played Black icons Jackie Robinson and James Brown and found fame in the title role of the Marvel film "Black Panther."

His alma mater, Howard University, said: "It is with profound sadness that we mourn the loss of alumnus Chadwick Boseman who passed away this evening. His incredible talent will forever be immortalized through his characters and through his own personal journey from student to superhero! Rest in Power!"

Many social media users said Friday that Boseman's portrayal of the Black Panther gave a voice to marginalized groups and provided them a hero they felt they identified with.

Boseman was memorialized on social media, where many expressed shock as news of his death spread.

"This is a crushing blow," actor and director Jordan Peele said on Twitter.

Actor and writer Issa Rae tweeted : "This broke me."

Actress Gabrielle Union remembered him as a true gentleman and "superstar on screen and in life."

"Pure excellence and class and grace," she tweeted .

Some social media users pointed out the irony that Boseman died on a day that Major League Baseball was celebrating Jackie Robinson day.

"From the Black Panther to Jackie Robinson, he inspired generations and showed them they can be anything they want — even super heroes," Biden tweeted . "Jill and I are praying for his loved ones at this difficult time."

Boseman's last Instagram post was an image of him and Sen. Kamala Harris, Biden's running mate. "YES," it said.

She paid tribute to the actor and their friendship Friday night. "Heartbroken. My friend and fellow Bison Chadwick Boseman was brilliant, kind, learned, and humble," Harris tweeted. "He left too early but his life made a difference. Sending my sincere condolences to his family.