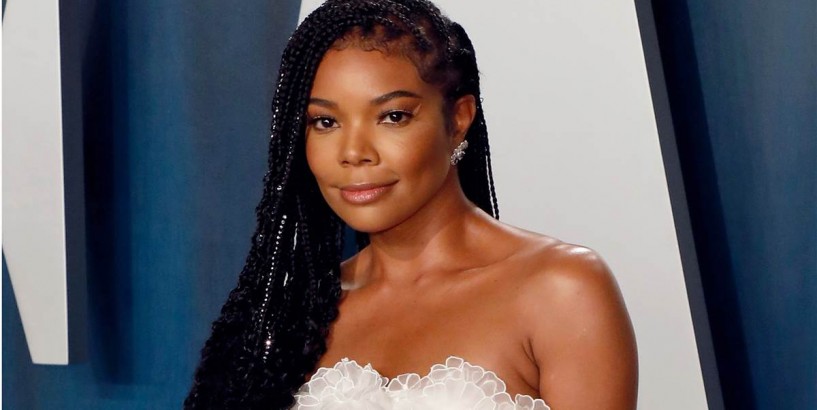 Actress Gabrielle Union opened up about what she described as a problematic workplace on " America's Got Talent " and her hope to encourage a more inclusive environment. Union, 47, was let go as a judge after one season on the NBC competition television show. Shortly after her 2019 departure, Variety magazine reported allegations of sexist and racially inappropriate incidences on set.

The actress and producer told Variety in an interview published Wednesday that one of the first issues she had was when the show's creator and fellow judge Simon Cowell was smoking a cigarette on a closed soundstage.

Union said she is severely allergic to cigarette smoke and was sick for two months.

"It was a cold that lingered, and turned into bronchitis, because I couldn’t shake it," she said. "It impacted my voice, which affects my ability to do my job."

Union said she raised her concerns to producers, but no action was taken.

NBC and the Screen Actors Guild launched separate investigations into Union's claims last year, and in December the actress said she had a "productive" meeting with NBC executives where she discussed her experience on the show.

Responding to Union's comments in Variety, NBC and the producers of "America's Got Talent" — Fremantle and Syco Entertainment — released a joint statement on Wednesday that their investigation "demonstrated an overall culture of diversity," but "also highlighted some areas in which reporting processes could be improved."

Simon Cowell is represented by Syco Entertainment, which did not address the specific allegations against him.

"It put me in a position from day one where I felt othered. I felt isolated. I felt singled out as being difficult, when I’m asking for basic laws to be followed," Union told Variety. "I want to come to work and be healthy and safe and listened to."

Union also addressed what she called a racist joke by comedian and guest judge Jay Leno. "I gasped. I froze," she said. "Other things had already happened, but at this point, it was so wildly racist.”

Union said she raised the issue to production and instead of it being addressed, she was told, "We’ll delete it. We’ll edit it out.” The actress said she was left feeling angry.

"You cannot edit out what we just experienced. There is not an edit button in my brain or in my soul," she told the outlet.

Leno did not immediately return a request for comment from NBC News on Wednesday.

Other alleged incidents initially reported by Variety include a white contestant who wore black gloves to transform into a black performer and reports of Union allegedly being told several times that her hairstyles were “too black” for the audience.

The actress declined to talk about the allegations about her hair, but said she was once again upset over how the situation with the contestant was handled.

According to Union, the contestant's act was flagged as an issue, but he was still allowed to proceed to the audition before the judges and audience. She said she was “waiting for there to be some mechanism that kicks in, to protect an audience of 4,000 people in a Pasadena auditorium that just watched that."

NBC, Fremantle and Syco Entertainment said in its statement that an outside investigator interviewed more than 30 people about the issues Union raised.

"Through the investigation process, it has been revealed that no one associated with the show made any insensitive or derogatory remarks about Ms. Union’s appearance, and that neither race nor gender was a contributing factor in the advancement or elimination of contestants at any time," it reads. "The investigation has shown that the concerns raised by Ms. Union had no bearing on the decision not to exercise the option on her contract."

Union — who discussed other topics in the interview, including her and husband Dwyane Wade's daughter Zaya — said her end goal is to create change.

"... and not just on this show but for the larger parent company. It starts from the top down,” she explained. “My goal is to create the happiest, most high-functioning, inclusive, protected and healthy example of a workplace.”

The statement from NBC, Freemantle and Syco said the companies share Union's desire of wanting a diverse and inclusive industry.

"We continue to remain committed to having an inclusive environment for everyone associated with the show, and to upholding AGT as one of the most diverse programs on television," the statement said.