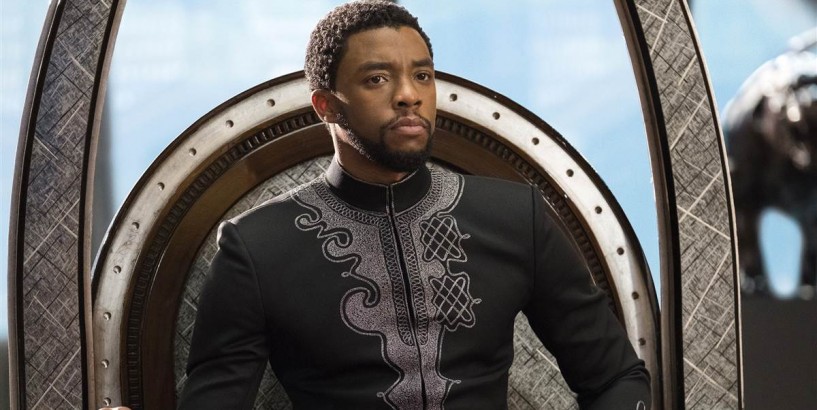 Chadwick Boseman played icons — and then became one

Few young actors working in American movies today have the gravitas to play a fabled baseball god or an exalted R&B singer or a future Supreme Court justice or the honorable king of Wakanda. But in the span of just seven years, Chadwick Boseman played all those roles and more, cementing his status as one of the most magnetic screen performers of his generation and — with the era-defining superhero smash "Black Panther" — rocketing to international fame.

Boseman, 43, died Friday after a four-year battle with colon cancer .

"He died in his home, with his wife and family by his side," a statement posted on his official Instagram and Twitter accounts said. He was mourned online by millions.

But with the role of T'Challa in the zeitgeist-conquering film "Black Panther," Boseman earned far more than acclaim and celebrity. He became as a global icon, a mighty and inspiring symbol of Black power and racial progress.

"Black Panther," with Boseman as its center, was a certifiable pop phenomenon. It immediately became a touchstone for moviegoers of all ages around the world, at once a supremely entertaining blockbuster and an urgent political allegory coursing with ideas about power, oppression and inheritance.

The movie was also a boundary-breaking Hollywood landmark: the first major superhero movie with a predominantly Black cast. It earned a staggering $1.3 billion worldwide box-office haul, taking a hammer to long-standing myths about the commercial viability of such projects.

Boseman was surely aware of the movie's once-in-a-generation cultural force, especially during a chapter of American history defined in part by renewed calls for racial justice and a growing push for diversity in the entertainment industry.

"I hope people will watch this movie and see the hero in themselves," Boseman once told The Hollywood Reporter. "Even if it’s a white person who sees it, if they can see a Black character and identify with them, it changes a little bit about how our society is."

When the movie won best cast in a film at the Screen Actors Guild Awards in January 2019, the actor confidently took the stage and delivered one of the most memorable acceptance speeches in recent memory.

"Well, I’ll be," Boseman said as he arrived on stage with his castmates, a group that included Michael B. Jordan, Lupita Nyong’o and Angela Bassett. "I didn’t think I was gonna have to speak."

He invoked the title of "A Raisin in the Sun" playwright Lorraine Hansberry's autobiography — "To Be Young, Gifted and Black" — and then unleashed an oral essay on systemic barriers, the importance of representation and the promise of the future:

"We knew that we had something that we wanted to give. And to come to work with every day and to solve problems with this group of people every day, with this director, that is something that I wish all actors would get the opportunity to experience. If you get to experience that, you will be a fulfilled artist."

Boseman commanded the crowd with his words. In that moment, he seemed to reveal to the world the very qualities that had made T'Challa and his other film roles so compelling: fierce moral clarity, preternatural confidence, quiet grace.

The actor most recently appeared in Spike Lee's "Da 5 Bloods," an anguished ensemble drama about the traumas of America's racist past and the scars of the Vietnam War. He played a character named "Stormin'" Norman, squad leader of a group of Black U.S. Army soldiers who revere him for his philosophical insight. The character, who is killed in a firefight, has an almost divine bearing.

In an interview in June , Lee explained why Boseman, a rising star of rare poise, was perfect for the part: "This character is heroic; he's a superhero. Who do we cast? We cast Jackie Robinson, James Brown, Thurgood Marshall, and we cast T'Challa.

"Chad is a superhero! That character is Christlike! Notice the way [the cinematographer] shot him. There's light from heaven coming down from above on him."