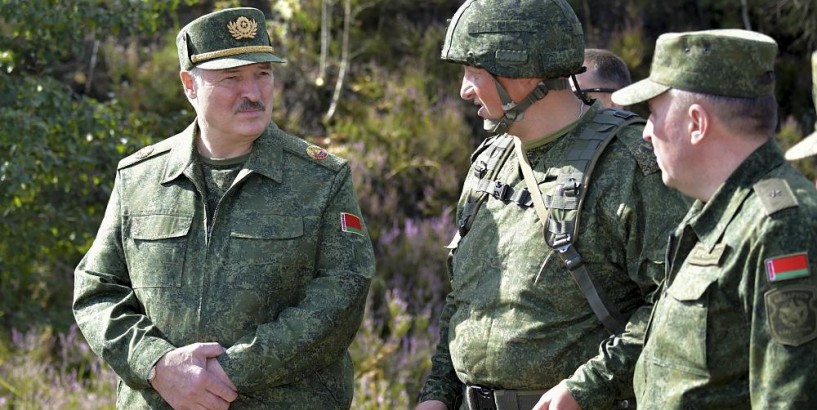 Belarusian President Alexander Lukashenko on Saturday ordered his defence minister to enact "the most stringent" army measures to defend the country's borders.

The 65-year-old autocratic leader said he won a sixth presidential term with 80 percent of the vote in the August 9 ballot.

Europe's longest serving leader said that NATO troops in Poland and Lithuania were "seriously stirring" near their borders with Belarus and ordered his troops into full combat readiness.

"It involves taking the most stringent measures to protect the territorial integrity of our country," Lukashenko said.

He made the comments while inspecting military units in Grodno, near Belarus's border with Poland, according to the president's press service.

His visit comes ahead of large-scale military exercises planned in the Grodno region between August 28 and 31.

The opposition, who are seeking new elections and a peaceful transition of power, have called for another major protest on Sunday.

Svetlana Tikhanovskaya, his election challenger, who is now in exile in Lithuania, said this week that Belarusians would "never accept the current leadership again" after the crackdown on demonstrations.

Lukashenko denied holding a fresh ballot, rejected calls to resign and said the opposition was attempting to seize power.

The European Union has rejected his re-election and said it would impose sanctions against what it said was a substantial number of people responsible for rigging the vote and cracking down on protests.